Top Posts
Biden Makes the Biggest Joke by Blaming Putin for This
Watch: What the Chinese Protests are Really About
USA and Israel Prepare To Strike Iran
The Coming Clash Between Bibi And Biden
The Abraham Accords enter a new era
Unbelievable Lyrics in Bob Dylan’s Zionist Anthem
Elon Musk Takes On The Great Reset
The Jewish Music Video That You Want Your Kids to...
Car Ramming In The Shomron
Bibi Reveals the Secret to Becoming Prime Minister
The humbug of the West over murdered Israelis
Netanyahu’s Likud reaches coalition deal with Noam Party
Everything You Need to Know About Israel in 1 Minute
Antisemitism Pours Out Of Qatar At The World Cup
MSNBC Host Left Americans Shocked After This Rant
Tag:

The Syrian Observatory for Human Rights said it was the 23rd such attack of the year. 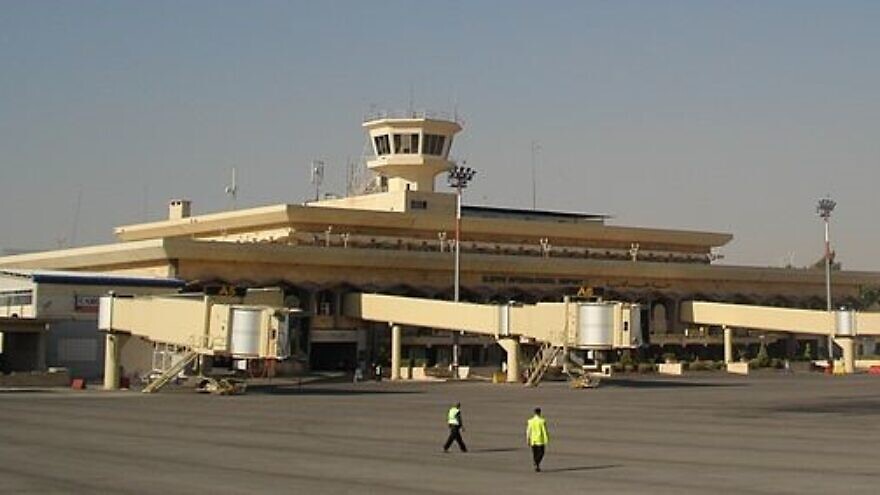 (JNS) The Israeli Air Force dropped missiles on the airport in Syria’s capital of Aleppo on Wednesday, according to Syrian state media. Subsequently, air-defense systems in Damascus fired at Israeli missiles aimed south of the capital.

The Syrian Observatory for Human Rights, a U.K.-based opposition war monitor, reported that this is the 23rd Israeli attack in Syria in 2022 and that the one near the capital came about an hour after the one at the airport.

“Four Israeli shells hit a runway of the Aleppo International Airport and warehouses in its vicinity, causing fire and explosions to erupt, likely to be due to the explosion of a batch of Iranian missiles,” asserted the observatory.

The observatory also claimed that Russian and regime forces were positioned at the airport. Furthermore, the Russians knew about the upcoming alleged Israeli airstrikes and had begun mobilizing 10 minutes before the attack, according to the organization.

Martin Sherman
The Perils of Palestine