Well, is Joe Biden more of a racist than Donald Trump or any other nationally known politician? Perhaps. But probably not. There are two issues that matter: 1. Is Joe Biden truly in charge of himself. Will he actually be the President if he is elected or will his Vice President take over in a matter of months from his election? 2. Even if Joe Biden will be elected and is indeed able to run the country, will he be stuck implementing policies of other people, or will he truly lead?

There is one person who is probably at the heart of all of the questions of Joe Biden being fit to serve or not. That person is Barack Obama. Obama is probably the person who is pulling the strings in this election. He is the person that is probably at the heart of the decision that has already been determined that there will be a black woman nominated as the Vice President – and only a black woman. Is that not a racist attitude? No, the new whitewashing of words is that that is simply identity politics – not racist at all. If so, then identity politics is racist too.

Obama is a young man – in his mid 50’s. He is the most influential person today with major supporters of Joe Biden. He is probably the main reason that Susan Rice or Kamala Harris will be nominated as the Vice Presidential choice. He will probably choose when the time to take over from Joe will be. The choice may be to leave Joe in the Oval Office and let the lower down functionaries basically run the government while Biden serves as sort of a puppet occupying the West Wing.

Then, at a time of crisis, the change will be made and Barack will come to the rescue – whether in person – as Secretary of State, or as an appointee to become the head of the Supreme Court. Folks, this is all pure speculation. But it is not so far-fetched. Donald Trump is not just imperfect. He has enormous faults on a personal level. Yes, the federal response to Corona has always been based on reelection considerations too. But Trump is not half as dangerous as Obama. The choice is clear – Trump or Obama – 2020 is a repeat election choice from 2016. 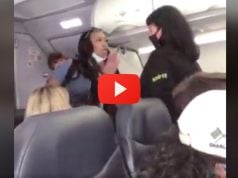 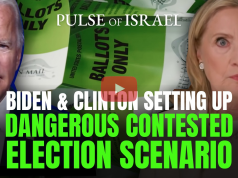 Trump is making history in the Middle East