Home Politics Harris wished she never opened her mouth after this debate response from...

When it came to the issues, VP Mike Pence destroyed Kamala Harris in this debate. Harris kept on saying things that go against even what their campaign website says, like their position on the Green New Deal. But worst of all was her lies in this clip. Is Trump a racist? An antisemite? A supporter of White Supremacy? Well, reality shows none of that.

Kamala Harris and the Left are out to pin Trump as a White Supremacist. They claim he hates Mexicans, Blacks, Jews and anyone else they can think of. But that is just false. It is another lie in the never-ending narrative of the Left. The media goes along with it too, of course.

But Mike Pence’s short response really says it all. Aside from the fact that Trump has repeatedly condemned White Supremacists and Neo-Nazis, his children and grandchildren are Jewish!

A debate about if Trump is a racist or not is just a waste of time. That has nothing to do with policies or with truth. It just has to do with the Left trying to bring Trump down on the horrible false premise that he supports antisemites and white supremacists. Not everyone has to approve of the man, but it is downright disgusting to continue to lie to the Amereican people and call him a supporter of antisemites and white supremacists.

The Media and Trump

This absurd argument about if Trump condemns White Supremacists has made its way into press conferences as well. Reporters try to spread the lies. Press secretary Kayleigh McEnany always proves them wrong, but they continuously bring it up.

This agenda of the mainstream media to label Trump a supporter of antisemites and white supremacists is really indicative of the entire radical Left. You can never have an argument with someone who will completely ignore the facts and continue to lie. How can you reason with someone who does not care to share the truth?

The potential vice president, Kamala Harris, is already building arguments off of lies. Can you imagine having her be the VP and continuously lying to the American people? Is that the type of VP Americans want?

People should have the luxury of voting based on truth and their true stance on policies. And the fact is, that right now, the Left is forcing lies down the throats of Americans and brainwashing them to make a specific voting decision. If only voters had the chance to make an informed vote. 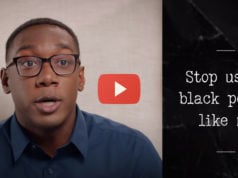 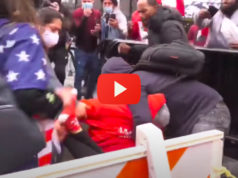 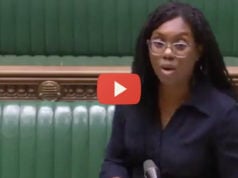 Turkey and Iran are Set To Shake The West

How a BLM debate changed the mind of this young Black...