At a barbecue organized by Avi Yemini in Melbourne, Australia an Antifa member who in the past had justified suicide bombers and killing civilians crashed the party.

In the video Avi Yemini confronts the Antifa activist in Melbourne who had rudely crashed his barbecue for supporters. “I am not anti-violence for worthy causes,” the activist clearly states. Of course he believes he has the right to decide what a worthy cause is. The Antifa activist then compares Avi and those at the barbecue to Nazis and attacks Jews as being racist. “See this is why you guys are racist. Because you think by being of a certain ethnicity protects from having a certain ideology.”

The confrontation drags on until Avi asked the Antifa militant if he believes it is ok to target civilians in terrorist attacks. “Yes. It depends what country.” Ultimately the Antifa activist admits that Jews in Israel of all ages are legitimate targets for killing “as they are conscripted to go into the occupation machine.”

Antifa claims it is an anti-fascist organization, yet at its core is a premeditated belief that violence of all kinds is justified against what they view as fascists. Of course it all depends on their definition of fascists. Most political leaders consider them a borderline terrorist group. 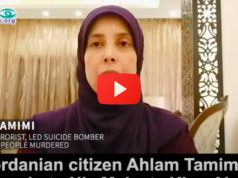 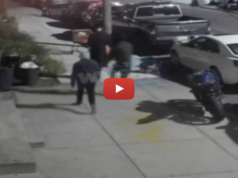 Antifa/BLM Riots Are About To Explode After Chauvin’s Murder Charge Is...

US Security Forces Are Preparing For Civil Unrest On Nov. 3...