Home Israel What “Palestinians” are using TikTok for is horrifying

Does social media cause violence? Do people watch horrible short clips such as the one below and then get up and kill? This needs to be broken down. First of all, we must establish that people do violence, not social networks. Secondly, for the last ten years, it has become perfectly clear to nearly everyone that the influence of social media on our lives is enormous – even if you are not on Facebook or Twitter.

First off, some numbers. Nearly every single person today who is less than 30 years old is on Facebook, Twitter, or another social network numerous times each day. Secondly, most adults above the age of 30 are also influenced by a social media network, whether they realize it or not. For example, Facebook posts and Twitter feeds are nearly always the first things to be discussed on radio and television channels across the entire world. In short, social media drives the day – in nearly every home, car, and public place in the entire world.

TikTok is a newcomer on the scene and is much more popular among children and teenagers than adults. It so happens to be that they are the most impressionable age. Imagery that is on these channels spreads like wildfire if it is professionally done. The clips are very short, but very powerful. Seeing is believing is truly the case when it comes to nearly everyone – but especially with the younger generation.

There is a solution to this problem. There needs to be a massive push to create the best creatives – in Arabic – that will get the right messages out. The right messages should be less about how great Israel is, but more about how corrupt the leadership of the Arab world is – with some subtle pro-Israel messaging. The young Arabs will realize that the only place they can truly feel free in this world in the Middle East is Israel. They don’t need to be Zionists or love Donald Trump. They just need to want to be free and happy – these are twin Western values that even the young Arab minds are drawn to. It is time for a major push in this direction. 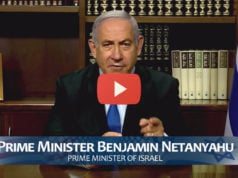 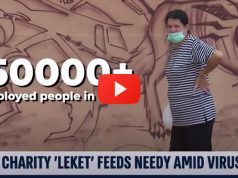