Top Posts
Must See Interview Between Bibi and Ben Shapiro
Is The World Turning Against “Palestine”?
Eight false and malicious anti-Israel catchphrases and buzzwords
This is What’s Going to Happen After the FBI Raid...
Trump’s Deal of the Century a.k.a The Jordan Option
Check Out Where the Arch of Titus is Being Displayed
Trump Releases Video that leaves Democrats Terrified of What’s to...
This Muslim is Banned from 20 Countries – Here’s Why
300 Drones Light Up the Sky of Jerusalem in Celebration
Israel Must Bomb Iran’s Nuclear Facilities Before It’s Too Late
Soldier Killed In Friendly Fire Incident
TERROR IN JERUSALEM: Arab Terrorist Shoots 8 People Near the...
The IDF Finds and Neutralizes Hamas Terror Tunnel
Russia and Iran Join Forces Against Israel
an attack against Iran will save lives

President Trump calls out the bias against Conservatives on social media

Social media companies minimize the exposure of conservative voices.  This is clear from many angles and accounts.  But now they have an adversary with a big mouth and alot of power.  President Trump began to weigh in on the issue.

The liberal leadership of social media companies were shocked that President Trump won the 2016 election.  (So were many others.)  But the liberals, like the rest of the mainstream media, thought that a Trump victory was an impossibility.  It was in the bag for Hillary – so they thought. Their hero, Hillary Clinton, was  a shoe-in.  Nearly every poll said that she had a 90% chance to win the election.  Then reality struck back.

After Trump won the Presidential election, the social media companies all went into a collective meltdown.  They felt totally guilty for Trump’s win.  They blamed themselves and their platforms for President Trump’s victory. Then they even came out in public to blame themselves for “allowing” information to be spread.  The argument goes that that information is what “allowed” the masses to vote for Trump.  So now, these networks are in a stage of repentance.  They do all of this in order to make sure their platforms (google/youtube/facebook etc) will not create such an occurrence again.

That is when they began to battle against “fake news.”  But in truth, it’s a battle to censor conservative voices on their social media platforms.

Facebook began to drastically change its algorithm.  Right away, one of the results was a clear drop in traffic for most conservative accounts.  On the other hand, liberal accounts experienced little or no drop in traffic.

Youtube Channels like Paul Watson woke up one day and saw that their videos were gone. Many Prager U videos were “restricted.”  That means that people won’t find them anymore via search keywords. Other Youtube channels, like Dave Rubin, had their videos “demonetized.” So they no longer were able to make an income from their youtube activity as before.

Twitter started to punish accounts and shut them down for good, or shut them down temporarily, as they have done to our IsraelVideos account many times. 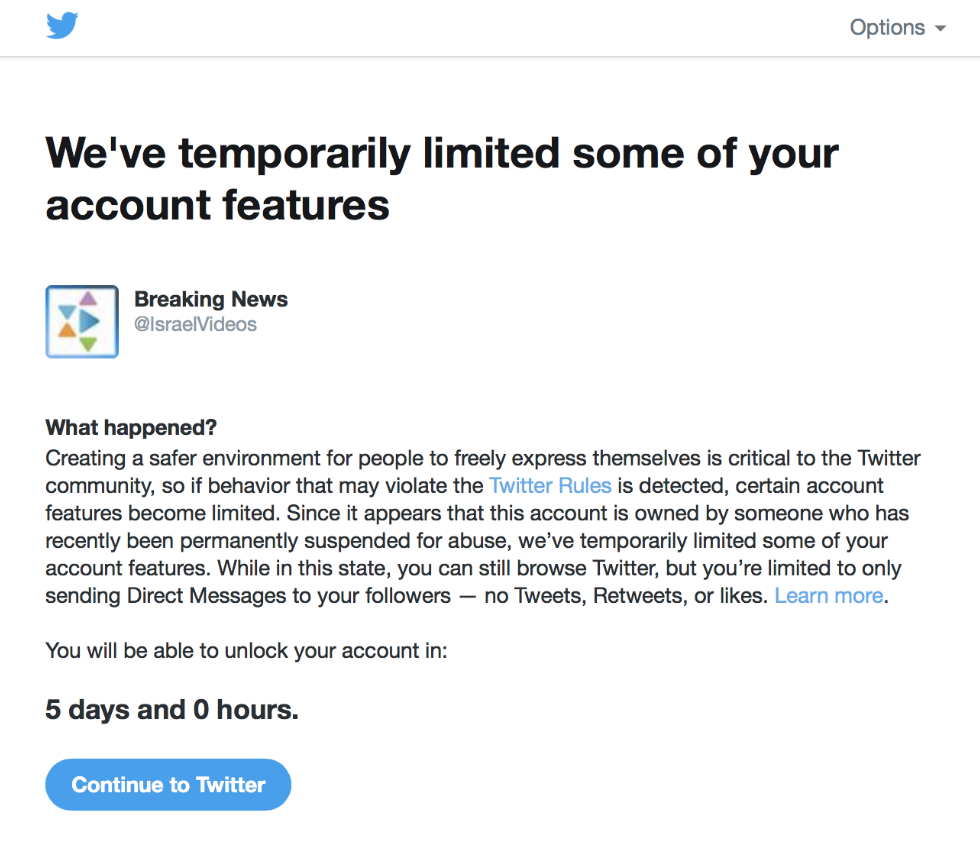 “Look the conservatives have been treated very unfairly.”

Anti-Israel Bias has Existed on Facebook for a While

Our business is a company that aggregates pro-Israel videos.  We have also been affected by the changes in social media moderation policies. Whereas once our videos that highlighted Israel’s war on Islamic terrorism went viral, they now pick up very slowly.  Sometimes the videos are flagged or demonetized.

Our problems with Facebook began in the summer of 2016, when a picture-post that said “It’s called ‘Israel’ not ‘Palestine’” was taken down. 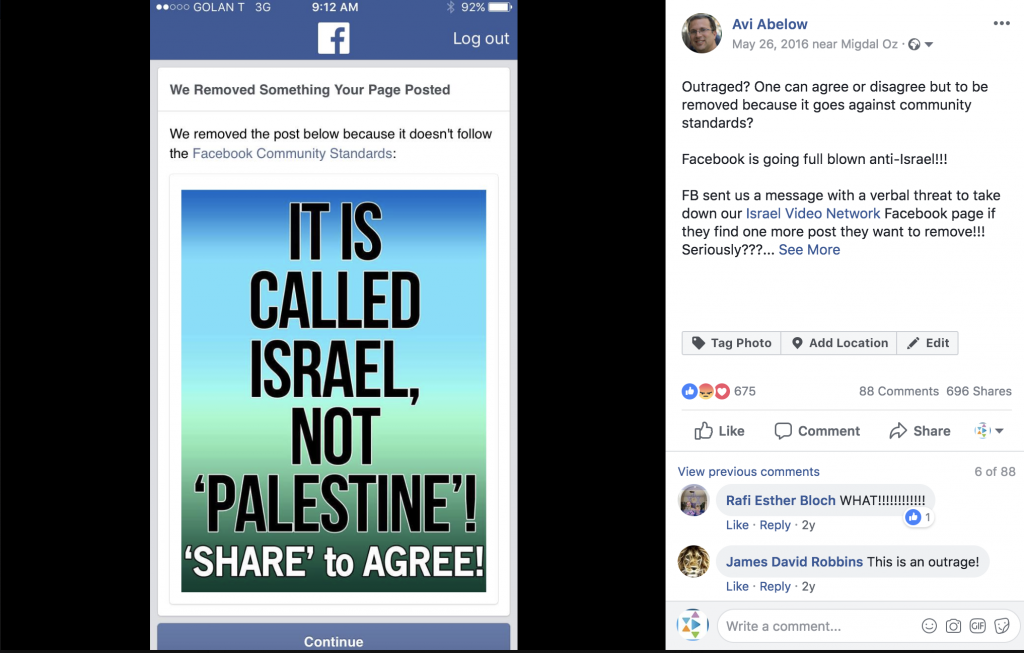 To read more about this issue, click here to read this important article by one of our contributors Orit Arfa.

Girl Caught Praying on the Temple Mount and Kicked Off

The hidden truth about anti-Jewish boycotts

Must See Interview Between Bibi and Ben Shapiro

Netanyahu will not apply Sovereignty. The right should...

Watch as Misfired Rocket from Terrorists Lands in...

This is disturbing: Jews Being Falsely Blamed for...

Check Out this Fascinating Discovery in Ancient Shiloh

David Mark
Is The World Turning Against “Palestine”?

Daniel Greenfield
Iran builds its own online ISIS in America

Ted Belman
Trump’s Deal of the Century a.k.a The Jordan Option