This past Friday, Hamas terrorists sent several flying firebombs, using kites, over the Israel-Gaza fence.  Their goal was to set fire to nearby Israeli communities and fields. Instead of using their creativity to help humankind, they make kite bombs to kill and injure innocent Israelis.

Watch this video of an explosive attached to the Gaza “peace” kite. These guys should be nominated for a Darwin Award
1. Douse explosive in gasoline
2. Light on fire
3. Send chump to run with flaming devise pic.twitter.com/FcOOgR48ap

Palestinians cheering as they send an incendiary kite towards the #Israel|i side of the border in order to start a fire in nearby fields. #Gaza #MarchofReturn pic.twitter.com/b1mO1YXkP5

#Palestinians fly Swastika Kite Petro Bombs across the Gaza border into #Israel to start fires 🔥 🔥🔥🔥🔥🔥🔥🔥🔥in its fields.#IsraelCalling#tcot#ccot#EnoughIsEnough#IStandWithIsrael pic.twitter.com/vMRktfSCrH

Their Message is Clear

Moments ago, terrorist #Hamas sent a Molotov cocktail over the Gaza border into Israel.
They flew it with their true colors. pic.twitter.com/LOexWD76lf

What is their Goal?

The message on one of these kites, carrying the Nazi flag, leaves no room for doubt as to Hamas’ objective – Israel’s annihilation.

#Gazan terrorists warn Israel that they have to leave ASAP.  And if they don’t? Then they will send their super fabulous kites with Molotov cocktails attached to burn Israel.

During the riots yesterday, a total of approximately 10,000 Palestinians took part. The terror organizations in the Gaza Strip, headed by Hamas, continued to use civilians, including youth and children, to achieve their goals.  Everything they do is a disguise for different terror acts to damage security infrastructures. 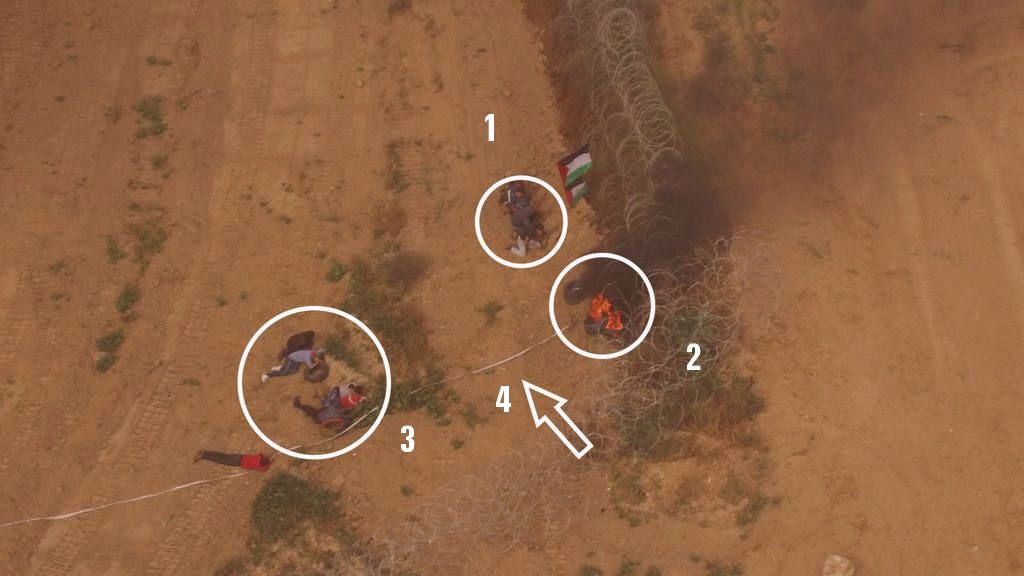 Method to the Madness

During the riots, they used burning tires to create smokescreens in order to mask attempts to damage the protective infrastructures.  They hurled rocks at IDF troops and kites with burning items attached to them.   Their goal was to ignite fires that would quickly spread in Israeli territory.

In the morning hours (Friday) the IDF distributed leaflets warning against approaching the fence. However, the terror organizations in the Gaza Strip continue to exploit civilians, including many youth and children.  They simply place their children in unnecessary danger. Yet no world condemnation against that.

The IDF will not allow the security infrastructure to be breached. The army will act in order to fulfill its duty to protect the civilians and sovereignty of the State of Israel.

Once chanting “Death to Israel,” this Pakistani Muslim is now a proud Zionist

Netanyahu and wife forced into secure area after...

US flies bombers all the way to Iran...

Explosion in Nashville comes after a warning and...