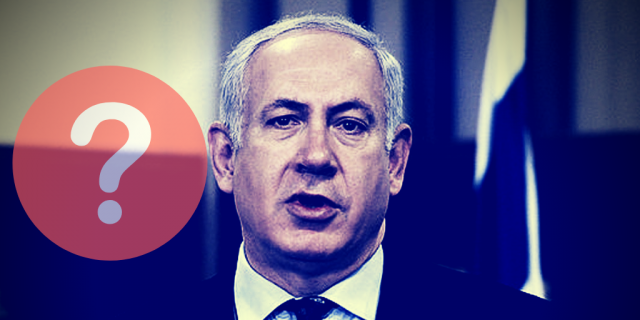 The wise ones in Israel’s Deep State tell us: The end is here for Netanyahu.

Whether he is guilty of the crimes he is accused or not, the media appears to have pulled together to finally take down the man who they despise more than anything else.

In a few weeks to months and certainly well before the April 9th elections, the Prime Minister is set to be indicted by Israel’s attorney general Avichai Mandelblit.

While there is no obligation for a sitting Prime Minister to step down if indicted, such a publication being rushed before the elections would ultimately have some sort of an effect on the election. True, polls seem to say no, but that is unlikely as most of Bibi’s adversaries in the Likud would most certainly take shots at a damaged Prime Minister.

This is of course the point of all of this.  The Deep State in Israel, which has been part and parcel of the bureaucratic structure since Israel’s founding has been wanting to push Bibi out from day one. Since they could not do it by elections, despite help from Obama and co. they are attempting to do it by trumping up some politically expedient charges.

Will Bibi Be Taken Down?

It is hard to see how, at least before the elections, but putting a chink in his armor as he tries to cobble together a coalition is just as dangerous for both Bibi and the State of Israel. Even more so, if there is an indictment before the election and Likud officials jump ship, then the Prime Minister is in real danger of losing his grip.

Of course the Prime Minister has been counted out many times before only to rise up and win, but this is not an election.  This is fighting against an embedded set of interests and power centers that has existed in control of official institutions since the time of Ben Gurion and probably earlier.

“No one stops to ask why Ehud Barak who is funded by foreign governments and leftwing think tanks isn’t taken to task on his actions as Defense Minister being influenced by foreign nationals.  Or Herzog’s clear collusion with Obama against a sitting Prime Minister.”

Bibi has made it known that he is not on their side and this is exactly why they do not trust nor like him.

I wrote the following at Israel Rising over a year and a half ago on this issue:

“No one stops to ask why Ehud Barak who is funded by foreign governments and leftwing think tanks isn’t taken to task on his actions as Defense Minister being influenced by foreign nationals.  Or Herzog’s clear collusion with Obama against a sitting Prime Minister.

Yet, Israel’s Deep State, which has kept control of the media and elements of the judicial branch as well as parts of the police department has decided to make war against Bibi and his government.  It is this war that is beginning to paralyze the government right when it needs a free hand to deal with a chaotic geopolitical environment.”

Unfortunately, most of what I have said before still rings true today, perhaps even more.  Israelis will be voting in April.  Whether they vote for Likud or not they must realize that it is the Deep State in Israel that is trying to void a duly held election and that is considered a coup d’etat in any other country.