Home Politics Former press sec. shreds the Left for their lies on Feminism

The Left claims to support Feminism, but do they? Well, if you believe exactly as they do. But if you are a Republican woman, don’t expect the same love.

The Left, Feminism, and the Lies

Hearing Sarah Sanders speak here about the way the Left has treated her is horrifying. What happened to the Left empowering women? Well, only if you agree with them politically will you be raised up. Otherwise, you will be brought down. Very, very down. The definition of Feminism changes once you are a Conservative.

And it is not only with Feminism. The same holds true with many ideas.

Liberals claim to believe in equality for all – but only if you identify as a Democrat. The second you disagree with anything they say, you no longer are deserving of that equality.

Those who claim to embrace Liberal ideas are in fact the most close-minded. It is ironic.

People should hear Sarah Sanders speak and tell her personal experiences. Maybe some will start to realize the truth about the radical Left and the lies they promote.

And that is bringing the American people down. 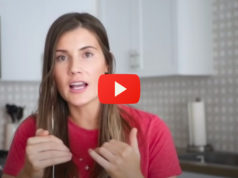 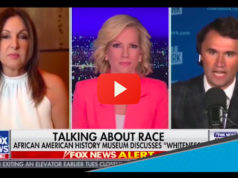 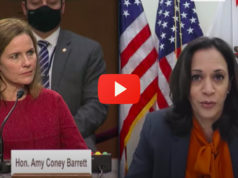 Christian Americans are being targeted by the next Vice President

Will Polls crash for Democrat Candidates after Americans see who they really are?

Joe Biden Goes Into Hiding With Two Weeks To Go

Former Democrat exposes the left in a way that no one...