It can be discouraging when so many people boycott Israel. But then there are people like Bon Jovi who refuse to give in to the lies!

Jon Bon Jovi is definitely not a nobody. He is a famous rock star. And he is going on tour and ending off in the Jewish state. Bon Jovi is not oblivious to the statement he is making by choosing to tour in Israel. Too many stars have boycotted Israel and refused to play and go on tour there. So the fact that this rock star is going against the tide is truly remarkable! This is their 2nd trip to Israel.  People need to understand how important it is that he is choosing to end his tour in Israel!

It is completely antisemitic to refuse to play in the one and only Jewish state. Too many have given into the BDS movement and canceled their shows. Hopefully, more of the world will follow Bon Jovi’s decision to say no to boycotting Israel.

Other Stars Who Refuse to Boycott

The more stars who refuse to boycott Israel, the better. Baltimore Ravens defensive tackle Michael Pierce also proudly supports Israel. He chose to have the Israeli flag plastered on his cleats for all to see.

It is fascinating to see all the different types of people who go out of their way to stand up for the Jewish state. It is beyond commendable! Maybe there will come a day soon when everyone can see the truth and not just the few who are trying to make a difference.

There is one reason to not perform in Israel – anti-semitism.  So if someone couches it in any other terms, know that they have given into pressure.  I love the way Jon Bonj Jovi just says it in a matter of fact way – “We’re coming.”  No nonsense.  Just a shot through the heart of the anti-Israel BDS movement.  We appreciate the love.

Is War Coming To Israel Despite Peace Deals or Because of Them? 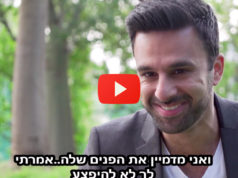 The Israeli Arab hero who is fighting for his country 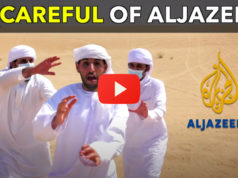 Hezbollah is stockpiling weapons and explosives in Europe for attacks

King David’s beautiful prayer for the nation of Israel

Is War Coming To Israel Despite Peace Deals or Because of...

The Israeli Arab hero who is fighting for his country

The question about Jews that sparked a fierce debate