Top Posts
Jewish Child Attacked in broad daylight on famous LA street
Female Terrorists Attack Multiple Locations in One Day
The discoveries that prove that the Exodus from Egypt was...
Did The FBI Organize The Riots On Jan. 6th?
Hamas Continues To Attack, While The Bennett-Lapid-Abbas Coalition Teeters On...
The Most Important Speech about the Temple Mount for Today’s...
Facebook Censors Popular Jewish Website for Calling out Antisemitic Content
Israelis Triumphantly Celebrate Traditional Jerusalem Day Parade Over Hamas Threats
The most miraculous miracle in history might just be the...
Arabs Riot and Throw Stones At Police On The Temple...
Facebook Restricts Photo Thanking G-d, flagging it as “violent/graphic content”
New Israeli Government to Nikki Haley: Iran Deal is a...
Naftali Bennett silences Palestinian Arab activist with one question
Hamas Launches Explosive Balloons At Israel, What Will Bennett Do?
Sky News Busts Al-Jazeera Journalist for Claim that the IDF...

Ben & Jerry’s just launched the new “resist” flavor together with anti-semite Linda Sarsour to support the Women’s March movement. As Ben & Jerry say themselves in the following video, the purpose of this new “resist” flavor is to resist President Trump and galvanize voters to vote against Trump Republicans in next week’s elections. Proceeds earned from the sale of this new flavor will be donated to four non-profit initiatives including the Women’s March. Unfortunately, some of the leaders of the women’s march movement are also associated with Louis “Jews are termites” Farrakhan.

The leadership of the Women’s March has embraced Louis Farrakhan and gone to bat for him repeatedly.

Part of the proceeds from the sale of Resist will go to the Women’s March
Which is led by the notoriously anti-Semitic Linda Sarsour and others who continue to praise and adore anti-Semitic Louis Farrakhan.

@benandjerrys #Resist Endorsed by #LindaSarsour. Biggest Jew Hater, except for her pal Louis Farrakhan, Sarsour is Israel’s biggest detractor. Some of you agree with her but, she’s wrong! I will never trust a product @lsarsour endorses. Now we know not to trust Ben and Jerry’s. pic.twitter.com/myEgDbaqG5

@benandjerrys do the right thing & pull Sarsour & Women’s Movement from Pecan Resist. Supporting Sarsour & minimizing her anti-semitic ties is reprehensible. How can they claim to support justice & equality through a woman & a group that are blatant anti-semitic hate mongers?

@benandjerrys so you advocate antisemitism? By having Linda sarsour photo op with your “resist” product, you are. I will be advocating that everyone I know NEVER buy your product again

Do they know what the word “Resist” means?
The REAL resistance is from the women who speak out AGAINST sharia, NOT for!!!
They are not acting like a business, but the pushback will be felt with all their shareholder’s pockets…#boycottbenandjerrys pic.twitter.com/GDg2kOE67T

In addition, they want funds raised from sales of “resist” to go towards the women’s march movement, whose leadership includes other people associated with the anti-semite Louis Farrakhan.

“The Women’s March Has a Farrakhan Problem,” The Atlantic ran in March, reporting on the “three Women’s March co-chairs — Linda Sarsour, Carmen Perez, and Tamika Mallory” who all have ties with the openly anti-semitic Farrakhan:

When asked directly about the Women’s March close ties to Farrakhan, a spokeswoman for Ben & Jerry’s told the IJR publication that they may not agree with all the groups they partner with, but they are “comfortable” with having different views, even “controversial” ones:

“We’re comfortable with the idea that the people and the causes we partner with may have a point of view different from our own on some issues. They can be controversial, just as we can. Linda may not agree with everything we’ve done. But the work that she has done to promote women’s rights, as co-chair of the Women’s March, is undeniably important and we are proud to join her in that effort.”

They included a statement from Women’s March’s Linda Sarsour: “We recommit ourselves to dismantling anti-Semitism and all forms of racism.”

She spoke to her fellow Muslims and told that that if they aren’t sufficiently engaged in advocating for the Palestinian cause then “you as an American Muslim are complicit in the occupation of Palestinians, in the murder of Palestinian protesters. So when we start debating in the Muslim community about Palestine, it tells me a lot about you and about the type of faith that you have in your heart.”

The Democrats have an Anti-Semitism Problem

Linda Sarsour has been praised by Democrats like Hillary Clinton, Bernie Sanders and Alexandria Ocasio-Cortez.

Does the Democrat party leadership really want to continue to embrace Linda Sarsour? If they continue to do so, what conclusions should we all come to?

You embrace virulent antisemites and whitewash antisemitism.
You called the murdering of our people “resistance.”
Then you stated you’re “proud” of @HatemBazian who RTs classic antisemitic hate speech
You embrace Farrakhan who calls us “termites”

If you blame Trump for #Pittsburgh, but said nothing when Farrakhan called Jews termites or Sarsour embraced him, you’re not serious people.

If you blame anti-Semitism on one individual, one party, one political or religious orientation, you’re historically illiterate.

We are proud to announce that our newest flavor, Pecan Resist, supports the important work of @netargv, @womensmarch, @ColorOfChange, and @HonorTheEarth. Join them here >> https://t.co/b7mu4tVPYE pic.twitter.com/8fFJ6vL3vF

For everyone in Israel who enjoys eating Ben & Jerry’s ice cream, contemplating boycotting the brand due to its new flavor “resist”, here is a statement from Ben & Jerry’s Israel…

“Ben & Jerry’s Israel is an independent and Israeli company,” it wrote on Facebook. “All of the products sold in Israel are made in a factory located in Beer Tuviya.  We buy our milk and cream only from Israeli producers. We have no connection to the decisions made by the global brand, and we don’t get involved in local or world politics.”

The company added that it had no intention to sell the new controversial flavor in Israel and it will “continue to work and act for the community and for Israeli society.” The Israeli factory does often produce some of the global brand’s limited edition flavors.  But it chooses which products to offer in Israel. 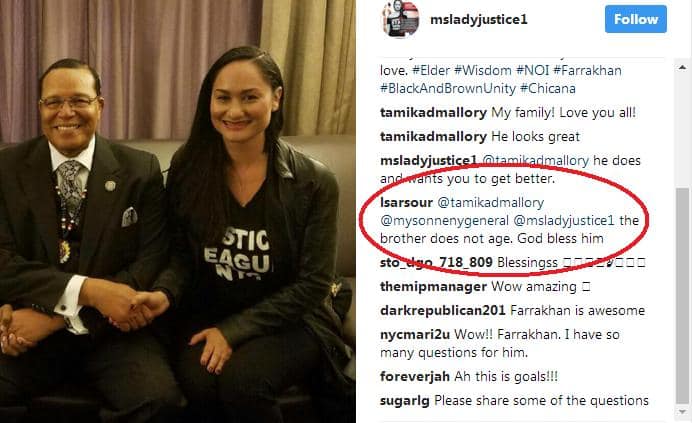 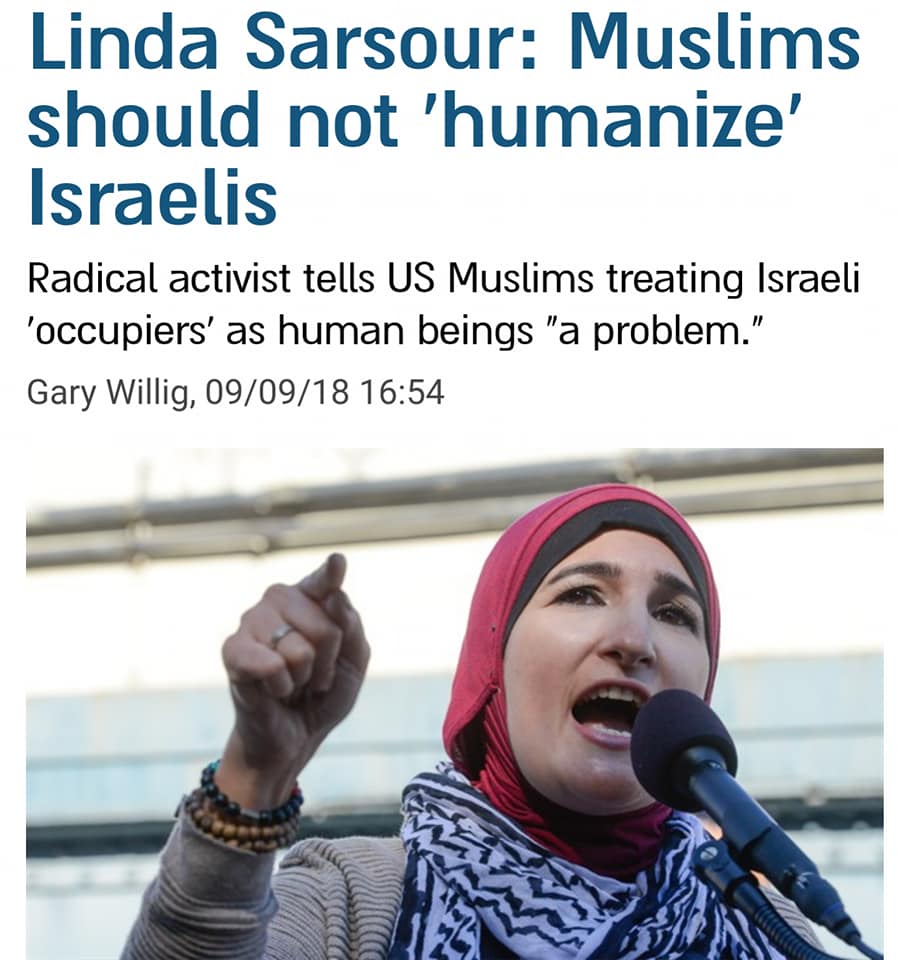 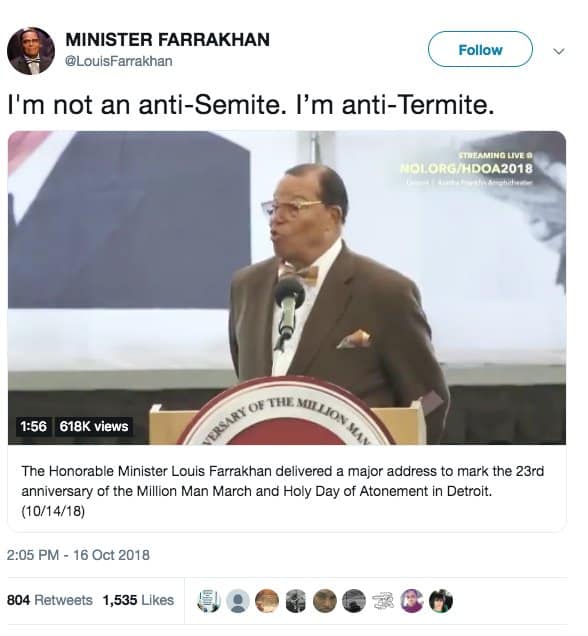 This flavor launch with Linda Sarsour is further proof of the mainstreaming of antisemitism in America.  And it is happening specifically in the Democratic party. While anti-semitism exists on both the right and the left, on the right it is ostracized, while on the left it has become accepted. This situation is extremely worrysome.

“The incursion of fanatical anti-Israel politics into the American campus and the Democratic Party is a threat not to the Jews alone but to what they represent in liberal democracy…. We must stop the scourge before a full-fledged anti-Semitic politics emerges in America under the unifying banner of “intersectionality.” Anti-Semitism is the only ideology that can unite the far left and far right. Its success would signify America’s failure.” – Ruth Wisse in WSJ article.

Hamas Launches Explosive Balloons At Israel, What Will...