Home Israel What Happens When A Christian Wears A Cross In Israel?

Safe in the Middle East

The safest place for any Christian to be a person in the Middle East is Israel. But now you can just see it with your own eyes. Israel is an open-minded place. It is actually a rather multi-cultural, multi-racial country that is filled with very friendly, yet argumentative people.

So, how do Christians feel when they come to Israel. Ask anyone who has visited Israel and they will tell you that Israel may be a hi-tech wonder with amazing stories of survival against all odds. However, it is also a super-welcoming country. People may often be judgmental, and they will express their opinions sometimes when others have little interest in hearing them.

But that doesn’t make them close-minded. It is a country that is filled with people who care. Compare this to what happens to a Jew in any other country in the Middle East. A Christian is very unwelcome at best and physically threatened at worst. 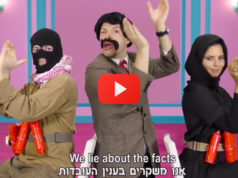