Top Posts
The Real Reason Kamala Harris Went to Asia
Laurel and Hardy Dance to the Most Unexpected Music, and...
Hilarious: The 15 Seconds That Sum Up Biden’s Presidency
Double Bombing In Jerusalem – 1 Dead 22 Injured
Berkeley Professor Couldn’t Answer This Simple Question
Is Russia about to Lose the War?
My Response to the Latest Terror Attacks in Jerusalem
After 30 Hours Body Of Israeli Druze Youth Kidnapped By...
Jerusalem bombings: The organized terror cell that got through
The Great Reset, Putin, and The Fall Of The West
Bibi Makes His Move…
MSNBC Host Left Americans Shocked After This Rant
Wounded In Last Week’s Bus Bombing Succumbs To His Wounds
Arab Terrorist kills young teenage Israeli and wounds more than...
Shin Bet arrests Gaza resident in connection with bus bombing...

In almost every New York Times article about Hamas’ Gaza march, they place the blame on Israel. It seems that they prefer to ignore the truth about the march that Hamas itself has announced.

The Hamas made it clear.  The goal of the march is:

It is very clear that New York Times journalists today prefer to use the propaganda that Hamas writes in English instead of using what it says in Arabic to its followers: 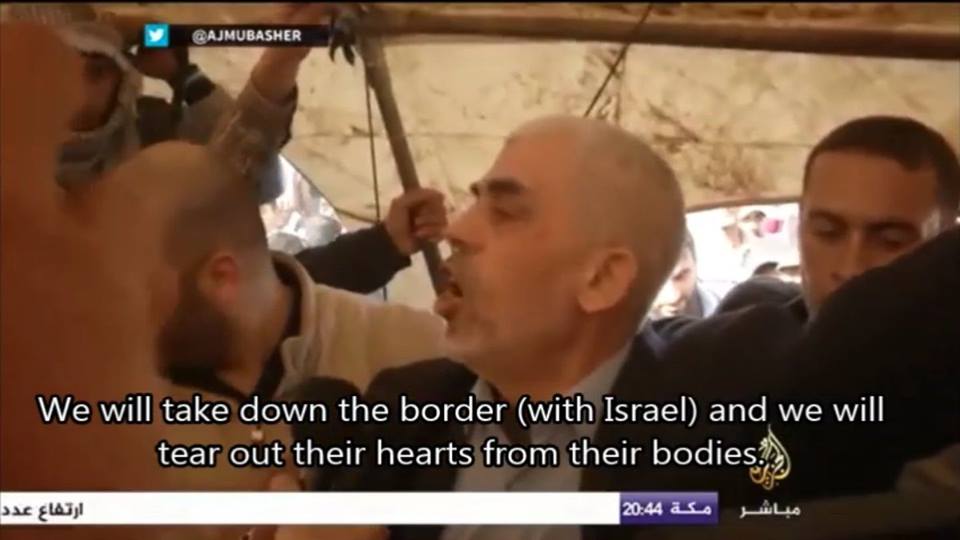 The following video shows clearly the intent of Hamas with all their protests:
“We will stand patiently on our land out of obedience for allah and the jihad war. we shall urgently summon everyone. Small children will stand to defend!”

The riots on the Gaza-Israel border are all part of Hamas’s plan pic.twitter.com/eokDOmdk2I

As the Arabic division of the IDF has translated from Hamas information they have a three step plan for the marches:
1st Step: Incite rioters on the border
2nd Step: Damage the fence and infiltrate Israel
3rd Step: Carry out terror attacks against Israeli civilians

Israel and the IDF are very clear on how we will deal with this, as every soverign country has the responsbility to do as well. A country does not worry about the infiltrators, a country defends its border because it is responsbile for protecting its citizens first. That is the basic social contract between a government and its people.

“We will protect our borders from being breached and protect our civilians in the face of terror.” – Maj. Keren Hajioff speaks on the IDF’s readiness and delivers a message to you and to the people of Gaza pic.twitter.com/VhONUoD4bK

Martin Sherman
The perils of Palestine

Caroline Glick
Iran and Russia are getting closer. What does it mean for Israel?