Home Israel The inside story of how Israel is bringing peace to the entire...

Israel is bringing peace, not just to its own region, but to people all over the world. Some of these things you may never even have known about.

If only the mainstream media showed this segment, maybe people would think differently about Israel. The Jewish state does not only care about itself, and this is proof. Israel is bringing peace everywhere. You name it, Israelis are there. Not only do they help in their own region like with Operation Good Neighbor on the Syrian border, but Israelis have made their way throughout the entire world to help those in need.

Those who don’t have clean water. Those who were struck with an earthquake. Those who are being persecuted. Jews are there to provide relief. G-d’s chosen people are there to help. We are tasked with the lofty commandment to emulate G-d. G-d is compassionate, and we must act the same way.

A Commandment from G-d

As pointed out by Rabbi Pesach Wolicki, G-d tells us to care for and love those living peacefully in Israel with the Jews. G-d wants us to care for others – around the world as well. Yes, the Jewish people are the chosen people. But that also means they are chosen to rise above and to be G-dly. They are given a great responsibility to bring peace to the world; to be a light unto the nations. That is not easy to do, especially in a world where so many are trying to bring them down.

But Israel still continues to try its best. 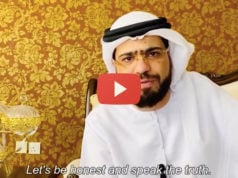 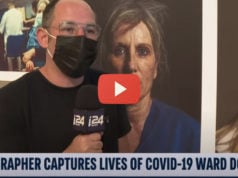 First blind SCOTUS clerk tells story about ACB that should confirm her to Supreme...

No This Is Not A Joke: Israel-Sudan Peace Is Happening