Scanning facebook I just came across some revealing and extremely disturbing information about the police investigation of Israeli Prime Minister Benjamin Netanyahu. It was posted in Hebrew by Israeli journalist Akiva Bigman.

Groundbreaking Info in the Netanyahu Investigation

This is groundbreaking information that can’t remain in Hebrew alone. Enjoy the English translation, with slight editing, below:

Israeli MK Yair Lapid became the star at the police briefing for reporters last night. Since it was Yair Lapid, acting as Minister of Finance at the time, who stopped the initiative to extend the Milchan Law in 10 years (which is what the police are focusing in as bribery given from Milchen to Netanyahu).

The police did not include Lapid’s name in the text of their recommendations.  However, Police spokeswoman Meirav Lapidot, crowned him the hero in an oral briefing conducted last night.

Many politicians were summoned to testify during the Police investigations, yet the police only mentioned Yair Lapid. In her words, Lapidot described Lapid’s actions in detail.  She even read to the reporters a quote from the statements Lapid gave in his testimony to the Police.

Lapid jumped on the national coverage given to him, enjoying the portrayal of him and his party as individuals who “fight corruption,” filling websites and newspapers for hours.

If Netanyahu is the big “loser” of the publication of the Police recommendations, it is clear to everyone who the winner is of the evening: Yair Lapid, a man of “new politics.” 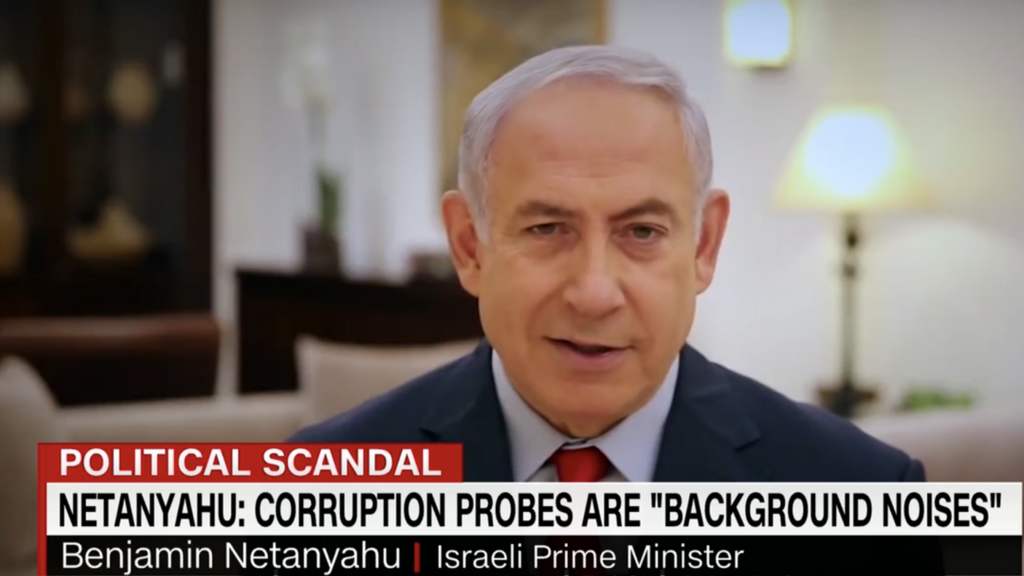 The connection between Meirav Lapidot, the police spokesperson, and Yair Lapid is nothing new. She supported him when he ran in the 2013 elections. At the time she wrote an excited post on Facebook that supported his political struggle against Netanyahu. “We are a few people who are watching the government after the establishment of the government and we want to strengthen you,” she wrote. She continued “We are with you to the end, and if there will be elections again, I am sure you will get even more votes. We will choose you again and again, do not give in. Be strong.”

Later, Lapidot hinted at criticism of Netanyahu, the prime minister at the time, who had just been re-elected. “Your success (Lapid) is our success for real change and a real chance for a sane life in our country.” Lapid then became Minister of Finance and Lapidot was appointed his spokesperson.

It does not end here. The former head of the Investigations Division, Major General Yoav Segalovich, announced about a year ago that he would join Yair Lapid’s party ‘Yesh Atid.’  Segalovich was the first commander of the Lahav 433 unit and he served as head of the Investigations Branch until 2013. Many of the present employees in the unit are his proteges or his colleagues. He therefore likely maintains frequent contacts with these people these days. For this reason, many wonder whether Segalovich has a role in the leaks that emerge from the police interrogation rooms.

In addition, today’s current head of the Lahav 433 Police unit, Roni Ritman, comes from a pro-Lapid background as well. His connection with Lapid is through his wife, Michal, former Superintendent of the Israel Police, released only recently from service. On August 10, Michal Ritman shared a post by Yair Lapid. He attacked Netanyahu on the background of a speech in which he referred to the investigations. “Netanyahu crossed all lines tonight,” Lapid wrote. He claimed that Netanyahu said what he said to “get immunity from corruption” to scare the interrogators.

The investigation of a Prime Minister is always a political event. Police must exercise caution in the processes surrounding it. In the case of Netanyahu, however, the police have abandoned caution. The Police Commissioner and some of his subordinates have crossed many red lines.

On The Eve Of The Jewish New Year...

The EU’s support for the the flawed Nuclear...

Is Iran Losing In Syria?