The politically correct left is trying to BAN the Bible!

The United States Constitution is the supreme law. The first ten amendments protect individual liberty and justice, and place restrictions on the powers of government. Is California trying to upset this balance?

California liberals are trying to ban certain types of books that deal with sexual morality. This includes banning the Bible. The notion is so utterly disgusting because the United States is founded on the freedom of expression. Yet liberal elites in California, run by the Democrats, are trying to tell us what to say and what to read.

Freedom of Expression – The First Amendment

The Freedom of Expression is protected by the first amendment in the United States Constitution. This amendment does many things. It prohibits any laws that impede the free exercise of religion, abridge the freedom of speech, or infringe upon the freedom of the press.

The most basic part of freedom of expression is the right of freedom of speech. This right allows people to express themselves without government interference or regulation. Yet Democrats in the California state legislature want to tell us how to think and what sort of books to read. This is completely against the first amendment!

Political correctness gone awry, and this proves it. We need to stop this before it’s too late! Citizens can reach out to their elected officials and politely express their views.

Learn Biblical Hebrew from the comfort of your own home!

The right to assemble

The United States Constitution also recognizes the right to assemble for peaceful and lawful purposes. However, the government may prohibit people from knowingly associating in groups that engage and promote illegal activities.

The United States Constitution with the amendments is a vital part of us. We protect our rights, because they are what makes American great. And if that requires debating legislature for hours on end, we are willing to do so to protect the constitution.

Read the Bible, not the translation 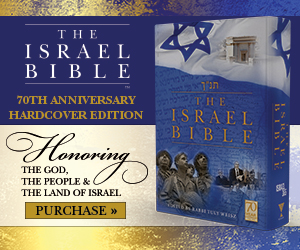 Iran Hit with Massive Earthquake After It Threatened to Attack Israel

The world blames Israel for Middle East chaos, but here are the facts

“Palestine” Supporters Target American Jews at Their Own...

Americans Were Warned Years Ago that Communism Would...

Are Biden and Putin Working To Take Down...