Top Posts
The President’s Open Borders Policy is Putting Americans in Grave...
9-Year-Old Girl Gives a Piece of Her Mind to School...
A drone flew over Masada and captured a breathtaking view
Did Biden Backtrack On “Palestine?”
Actor Jon Voight Tells All in Explosive Interview on Faith
Israel unveiled technology that will make sci-fi movies look like...
Caught on Film: Taliban militant Whips Women Protesting
A rabbi shocks a priest and imam about what he...
The Streets of Israel Completely Transform Every Yom Kippur
Charlie Kirk’s Case for Israel Leaves Leftist Antisemite in Utter...
Why Oslo Still Rules
Black Lives Matter Co-Founder Calls for the Elimination of Israel
Ben Shapiro breaks down exactly why the Democrats have moved...
Protests Expand In Israel Over COVID-19 Vaccinations and Restrictions
Islamists do Victory Parade as Biden Becomes an “International Embarrassment”

After the terrorist stabbing attack a few days ago that murdered Ari Fuld z”l, another stabbing attempt was made outside the Old City of Jerusalem. This one took place on Yom Kippur, the Day of Atonement, the holiest day of the Jewish calendar. Thankfully this one was stopped before anyone was hurt.

The Israeli police stopped a Muslim terrorist running around on the street with a screwdriver. He was cut down before he could stab innocent Jews on the street.

The police have identified the terrorist as a 26-year-old resident of the town of Qalandiya between Jerusalem and Ramallah.

The State of Israel is still in mourning over the stabbing attack on Sunday that killed a father of four, Ari Fuld, in Gush Etzion.

Ari Fuld is a close personal friend of the writer. Not only are friends, family and community mourning Ari’s death, but the Jewish people around the world are all mourning.

Ari was an active online advocate for Israel as well as a proud defender of Israel in his military duty.

It was quite a shock that Fuld was killed, only because the 17-year-old Muslim terrorist stabbed him in the back, literally.  Still, Fuld heroically managed to turn around, hit the terrorist, chase him and shoot him.  This stopped the terrorist who was on a stabbing rampage.

Fuld is now looked upon as a hero for the way he reacted in the attack.  In addition, now there is widespread public recognition that he lived a life of heroism throughout his life as well.

Fuld’s murderer has already received a $3,300 advanced payment towards the reward that the Palestinian Authority pays each terrorist that murders Jews. 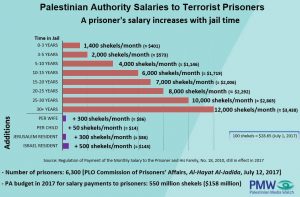 This should be a sign to the world that they are not interested in peace, but rather in killing Jews. Sadly, the world prefers to ignore this. Hence there is no peace, and there never will be peace with a culture that incites and rewards murder.

Jordanian “Palestinian” bashes European Parliament for their policies on Israel

The High Holidays Song that is so Simple,...

This is What the High Holidays Season is...

One of the Newest Jewish Music Videos Gives...

The Key to Overcoming Life’s Challenges lies in...

The Song that May Become the Next National...

The Way to Rebuilding the Third Temple Lies...

Black Jewish Rapper Shares it All on Today...

The Answer to Life’s Challenges Lies in this...

A Secular and Religious Singer Join to Sing...