Top Posts
Jewish Child Attacked in broad daylight on famous LA street
The discoveries that prove that the Exodus from Egypt was...
Female Terrorists Attack Multiple Locations in One Day
Hamas Continues To Attack, While The Bennett-Lapid-Abbas Coalition Teeters On...
Did The FBI Organize The Riots On Jan. 6th?
The Most Important Speech about the Temple Mount for Today’s...
Facebook Censors Popular Jewish Website for Calling out Antisemitic Content
Israelis Triumphantly Celebrate Traditional Jerusalem Day Parade Over Hamas Threats
Arabs Riot and Throw Stones At Police On The Temple...
The most miraculous miracle in history might just be the...
Facebook Restricts Photo Thanking G-d, flagging it as “violent/graphic content”
New Israeli Government to Nikki Haley: Iran Deal is a...
Naftali Bennett silences Palestinian Arab activist with one question
Hamas Launches Explosive Balloons At Israel, What Will Bennett Do?
Sky News Busts Al-Jazeera Journalist for Claim that the IDF...

Thanks to a left-wing NGO interested in destroying Jewish homes in Judea and Samaria, more Jewish homes were destroyed today in the Jewish community of Tal Binyamin, aka Tapuach West.

Around eighteen years ago, a number of young families established a new community in the Samarian hills.  They named it Tal Binyamin (Tapuach West). They established the community in memory of the couple Talya and Binyamin Kahane HY”D.

Muslim terrorists murdered the couple in a drive-by terrorist shooting. The Jewish response to terror attacks is to build more Jewish homes in our homeland. The Muslims use terror to remove us from our homeland and we respond by strengthening our presence.

Two years ago, an anti-Israel NGO called Yesh Din went looking for Arabs in the nearby village. They wanted to find an Arab to make a claim to the land upon which Tal Binyamin sits.

The Israeli court determined that some of the Tal Binyamin homes are not located on recognized state land. The courts, therefore, ordered the destruction of those houses.  But they gave an OK to rebuild them  just 50-100 meters away.  The new spot is on state land that has no dispute over it.

The court proceedings also led the state to identify 800 dunams of land that have no claim on them.  This land is state land and the government can choose to do what it wants with it. Due to that discovery, the government has made plans to build hundreds or thousands of new housing units there for the Jewish community.

David Haivri, of the neighboring Kfar Tapuah community, says that the left-wing plan backfired. They appealed to the courts to destroy Jewish homes. Yet their court case also paved the way for even more construction of Jewish homes in Samaria.

This follows last weeks precedent at the community of Netiv Ha’avot in the Judean Hills. There too, the left wing organizations spearheaded a campaign to have a number of Jewish homes destroyed.  However, the net result is that several hundred more homes were approved for building as a result.

Maybe the left wing organizations will begin to realize that their goal of eliminating the presence of Jewish homes in our ancestral homeland of Judea and Samaria is futile. For every house they succeed in destroying, we are getting permission to build many, many more.

Still, it is sad to see Jewish homes destroyed in our Jewish homeland. There will always be those who won’t just protest in silence but ensure that the public sees that the destruction of any Jewish home in our homeland is wrong.

This morning security forces began removing dozens of protesters who sat outside the caravans slated for demolition.

We hope and pray for the day that we never experience these types occurrences again. 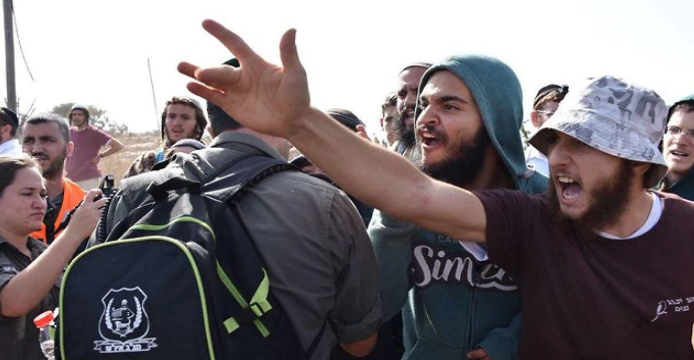 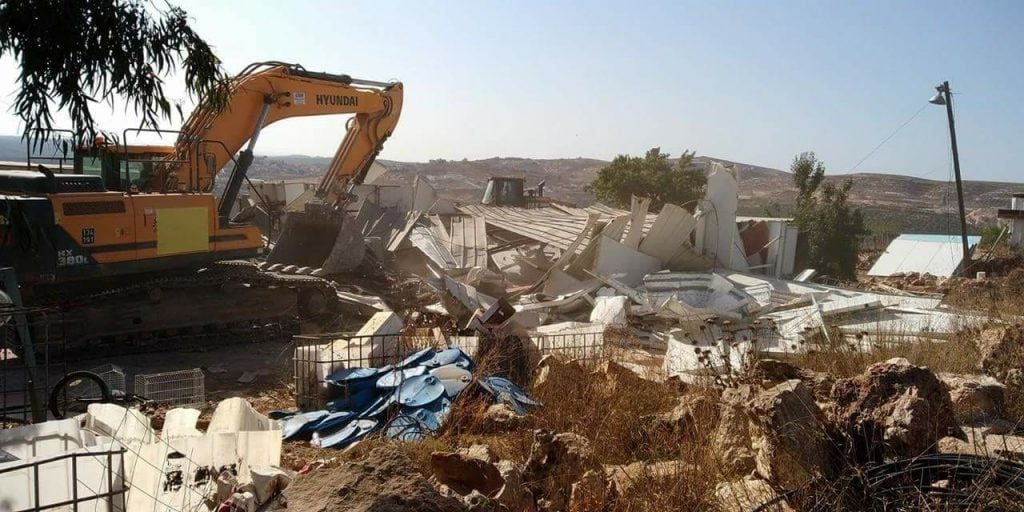 The frightening truth about today’s anti-Semitism

Samaria women respond to attack by singing ‘The...

Bahrain Makes It Final – Says No To...

An inside look at the oldest Biblical burial...