There is a general consensus from Jews on the streets of Jerusalem regarding Jeremy Corbyn’s landslide loss. Check it out!

Jews on the Streets Celebrate

Jews on the streets of Jerusalem’s marketplace are basically celebrating Jeremy Corbyn’s loss. It is quite clear how Corbyn views the Jewish people. Why would any Jew be upset that he lost the UK election? His policies would have been harmful for Jews in England as well as Israel.

One Jew brought up a verse in the Bible where G-d says that He will bless those who bless Israel and curse those who curse Israel. And now, the English people are blessed he said! Another Jew responded that it’s very good. Another said, “I feel great.” Joy all around!

A Bit of Hope for Israel and the Jews

It is somewhat reassuring to see that not everyone is so blind to Jeremy Corbyn’s harmful nature. The fact that he not only lost but lost by a landslide shows that people in England did not want him to be their leader. They chose Boris Johnson who is better for England, the Jews, and Israel.

Corbyn does not have his head on straight. He has a skewed view of reality. And whether someone is Jewish or not, they should never want a leader like that. So let’s all thank G-d that a leader who could have been harmful for everyone did not win!

Joe Biden Goes Into Hiding With Two Weeks To Go 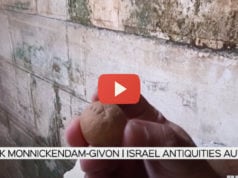 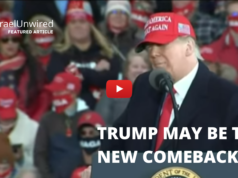 Christian Americans are being targeted by the next Vice President

Arab Sheikh says Israel is not the enemy of the Muslim...