MUST-WATCH: Crowds in Iran are chanting “Death to Palestine!” Iranians are not chanting death to Israel or death to America.  Now they scream out, “Death to palestine!” Something very interesting is happening in Iran.

That’s not all they chanted!

Some chants:
“Not Lebanon, not Gaza. My life is devoted to Iran.”
“Death to Syria.”
“Palestine, [and] Syria, is the cause of [our] misery.”
“Death to Dictator.”
“Death to Khamenei.”
“Reza Shah, blessed be your soul.”
“Long live the Shah!”
“O honorable Iranian, support, support”

What is Going On?

The Iranians are fed up with their horrible economic situation. The Iranian regime did not use the $150 billion that Obama gave them to help their people or their economy. The Islamic regime of Iran gave that money to Hamas and Hezbollah.  They used it in order to fund terror efforts around the Middle East.  Meanwhile the local population is struggling to make ends meet.  If these protests continue and the Iranian regime falls, the Middle East will undergo a sea change.  The terror groups in the name of “palestine” can say goodbye to all the Iranian money they receive.

The Iranian regime is facing a deep, prolonged crisis. The economy is very bad and people are protesting in the streets.

In this video, you can see the Bazaar merchants of Tehran, Iran.  They protest the high prices and the Islamic regimes wastefulness of national and financial assets.  What bothers them most are the funds that Iran uses to export terrorism and build nuclear projects.   Instead, they want to the funds to help the Iranian people directly.

The scale and persistence of these demonstrations suggest something big is happening. Is this the beginning of the end of the Islamic Mullahs stranglehold on Iran?

For most Iranians, Gaza, “palestine”, even nuclear missiles, are meaningless distractions. They don’t understand why Iranian resources and money is feeding terror and war and not feeding the Iranian people. 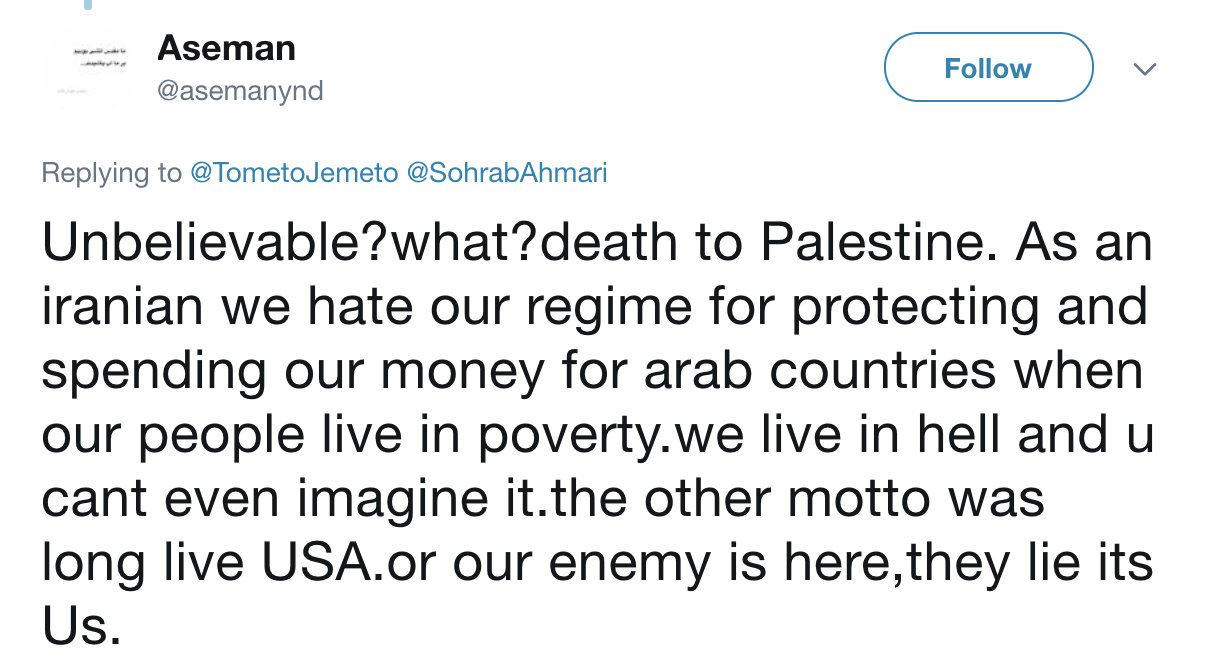 The Islamic Republic of Iran’s currency is collapsing. The exchange rate for the Iranian Rial is about to be 100,000 Rial to one US dollar. The Iranian people have had enough.

Protests happening in a few cities in #Iran including Tehran. Mostly at the Bazaar.  This is in response to economic troubles and a decrease in the value of the currency. In this video, the crowd chants: Iranians it’s enough, show your pride. pic.twitter.com/QZcga6wB8v

As an Iranian, I can say that this is the true face of the people of Iran. Here the majority who have no ties with the corrupt regime just want peace with the world.  I don’t want death for anyone.  But this one is just to show the opposition towards the regime’s ideology. #RegimechangeinIran

Charles Krauthammer passes away at 68 leaving behind an unbelievable legacy

The most chilling kindergarten graduation you will ever see