Top Posts
Lee Zeldin ROCKED Ilhan Omar’s “honesty” with the real truth
War With China Is Coming…Very Soon
The Film that will Change the Way the World Views...
Biden’s UN Speech Will go Down in History as one...
Democratic Rep Goes Off at Rashida Tlaib in Fiery Speech...
Trump Claims “Bodies Dumped Outside Wuhan Lab”
AOC Introduces Resolution to Aid Hamas in Killing Israeli Citizens
“Squad” Freezes Funding For Iron Dome
Four Terrorists Killed in IDF Arrest Operations Near Jenin
“Free Palestine” Protesters call for Jewish Students to be Kicked...
Is The Taliban’s Control Beginning To Slip?
Arab Terrorists Burn Beit Knesset in Southern Judea
Will India Hold The Line Against China and Pakistan?
What it means to call the Land of Israel home
Abbas Threatens Israel, But No One Cares, Not Even the...

Staff Sergeant Aviv Levi, a platoon sergeant in the Givati Infantry Brigade, was shot and killed yesterday by Hamas sniper fire in the southern Gaza Strip. He was 21 years old. Aviv Levi is the first IDF soldier that was killed by the Hamas since the 2014 Gaza war, also known as Operation Protective Edge. 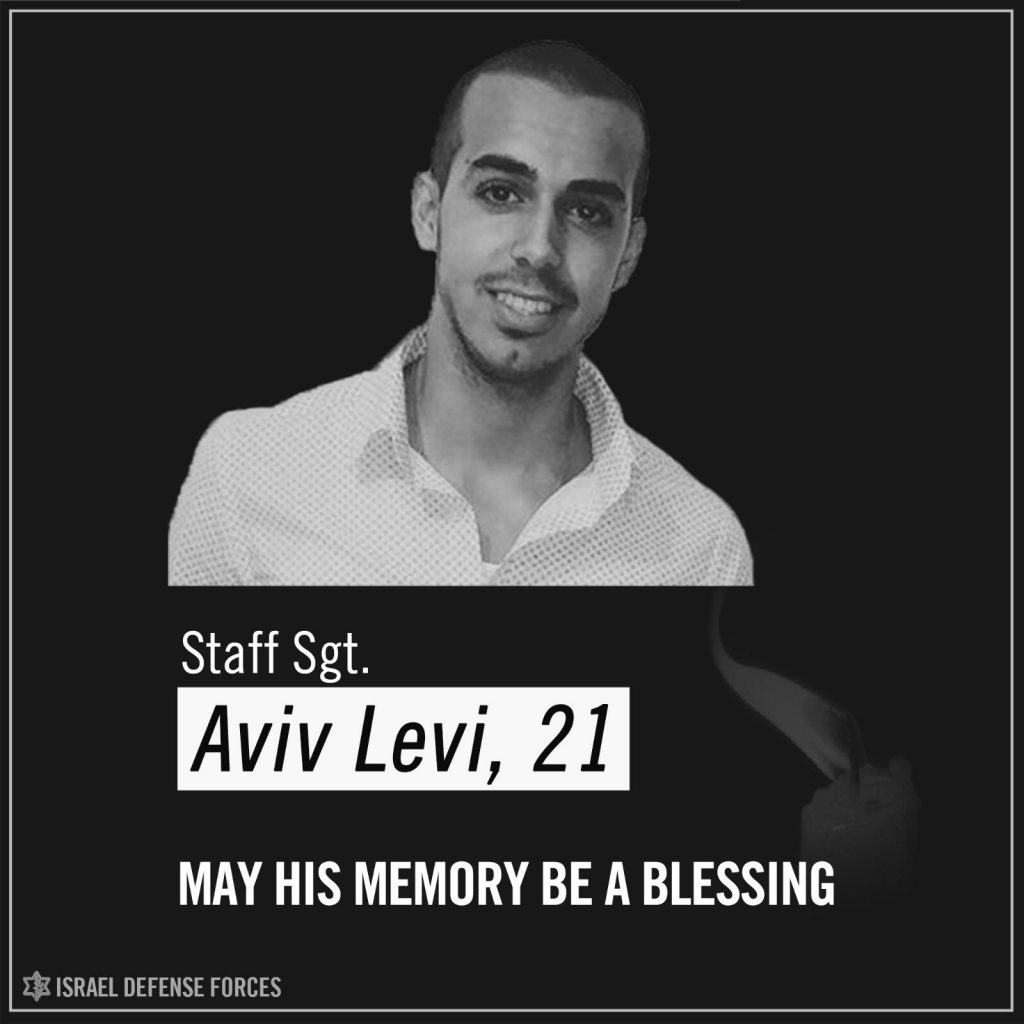 Levi was two weeks shy of his 21st birthday. He was set to finish his IDF service in three months.  His funeral will be tomorrow.

In an emotional Facebook post, Levi’s girlfriend Shachar Erez wrote, “Who would have believed that you would leave me so soon? My dear beloved, my fighter. I can’t digest what’s happened since the moment you left me. My heart is burned, and my tears don’t stop flowing. Who would have believed you would leave me so soon? You went to deal with more of the regular Friday riots, and this is what happened. They said there was an injured soldier…and all I wanted was to hear that you’re okay and all is well with you.”

Take care of yourself

“The moment they said it, I burst out crying and fell on the floor. You were in the border area for days and nights, and I always told you the same thing – ‘take care of yourself.’ You were never afraid of anything. It didn’t matter what stood in your way. Whenever we spoke you would get annoyed at your soldiers for taking off their equipment. You were always ready and prepared for every little thing. It’s true that we weren’t together for such a long time, but it was a significant period during which we became attached to each other and got to know each other….we would wait for the moment we’d be able to meet, and when the weekend came we were at home together. The ‘good morning’ that you made sure to say every morning, and the ‘good night’ every night. It was always important to you that I go to sleep happy, even after a hard day.” 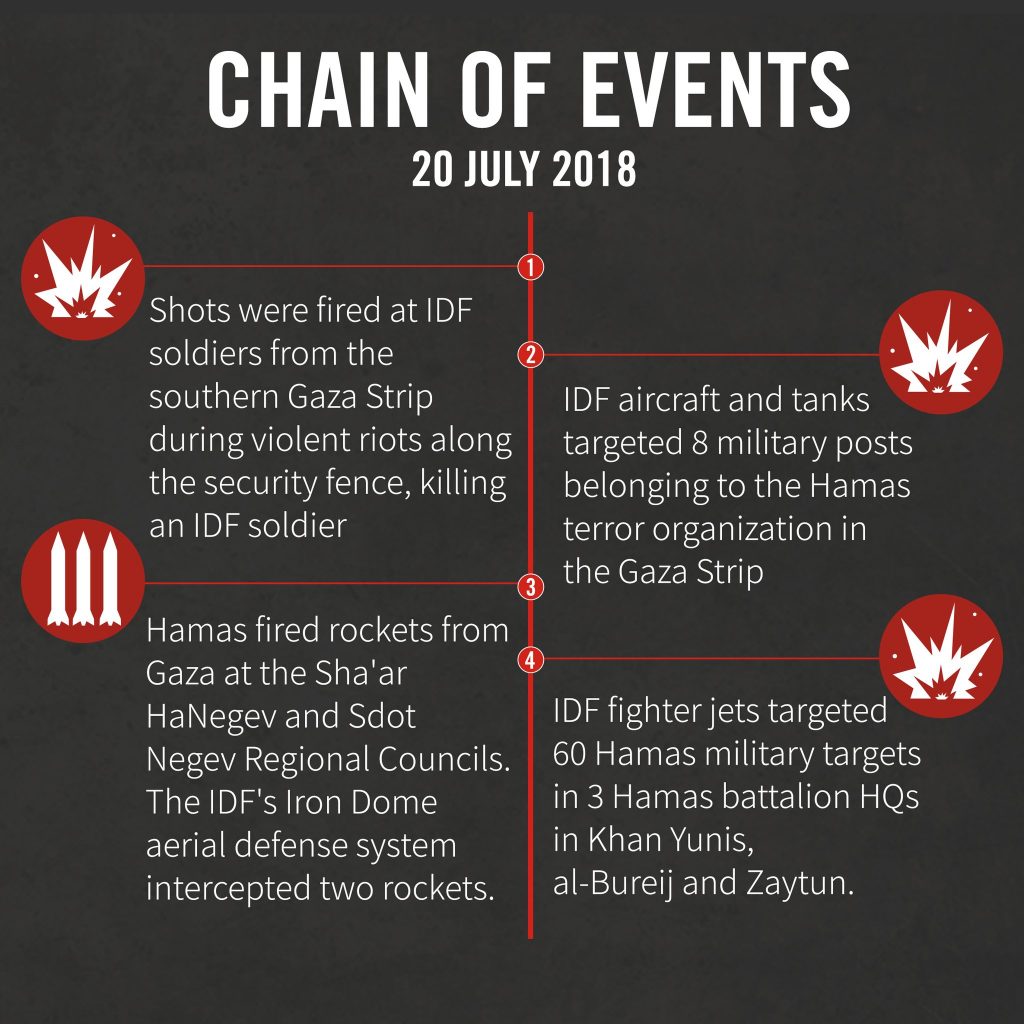 In response to the violent activity emanating from the Gaza Strip and the death of an IDF soldier, the IDF struck eight Hamas military targets and three Hamas battalion headquarters yesterday pic.twitter.com/XXmtA3YMqY

#OnThisDay, one year ago, 3 members of the #Salomon family were savagely slaughtered at their Shabbat dinner table by a #Palestinian terrorist.

We remember them always (may their memory be blessed 🕯), as #Israel continues to fight this vicious wave of Palestinian terror today! pic.twitter.com/GEljbjAemP

The World is Silent as Palestinian Arab Rioters...

SICK! Gazans Give out Candies to Celebrate Murder...

Footage of Gaza Rioters Throwing Explosives at the...

Israeli Resident Bashes the Lies about the Daily...