This is a critical turning point in the US Congress today. Rep. Ted Deutsch is correct that anti-semitism is not a political issue. However, it is true that the Democratic Party is now in the midst of accepting in it’s midst young leaders who have views that are 100% classical anti-semitism.

Speeches such as this are helpful. They are a definite part of what needs to be done. But the real test will be whether or not these anti-semites are completely sidelined within the Democratic Party. For now, that has clearly not been the case. On the other hand, the Democratic Party is adopting the progressive agenda that has no moral backbone – just moral relativism. Nothing is truly wrong or right. All that matters are the feelings of whomever speaks.

The Left has Lost It’s Way

40, 50 and 60 years ago, the Left-Wing Democratic Party in the United States was the liberal standard-bearer. They stood up against oppression against black people. They stood up against oppression against women. Even during World War II, when the Japanese people living in America were interned in concentration camps over concerns of dual loyalty, many of the voices who condemned this action came from the Democratic leadership. In a nutshell, the Liberal leadership had a backbone and truly stood up for proper ideals that led to making the United States a beacon of democracy for the whole world, a place where black people could achieve near equality of opportunity (albeit over many decades), and women could become as liberated and free to live as they see fit.

What drove the liberal leadership was a strong sense of doing what was right and just. The most glaring example of this was Harry S. Truman. He was a southerner, but advanced civil rights more than any other President before him. Today, the words right and just are rarely used. The overused terms are “feelings” and “rights.” But, no strong sense of truth or freedom pervades the Democratic leadership. If we don’t protect our freedom and do the right and just thing, we will have more and more representatives in Congress who spout their feelings at the expense of the freedoms of others. 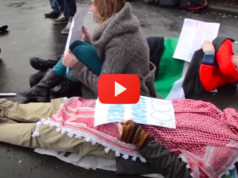