Another Jewish family moving into a new home in Jerusalem shouldn’t make such a stir, after all Jews return all the time to Jerusalem, but this family is not just moving anywhere, they are returning to a property on As Saraya Street redeemed from Arab squatters in Jerusalem’s Old City.

As Saraya Street just passed the Northern Jewish Quarter used to be a bustling Jewish neighborhood in Jerusalem’s Old City, yet due to countless Arab pogroms directed against the Jews in Jerusalem between the 1920s and 1940s culminating in the Jewish expulsion from the Old City in 1948, the Jewish presence was decimated.

Jews Return Against All Odds

Despite this, Jews have been returning beyond the confines of the “Jewish Quarter” having moved back in over time to the Northern Jewish Quarter on al-Khalidiya street and other areas of Jewish significance. 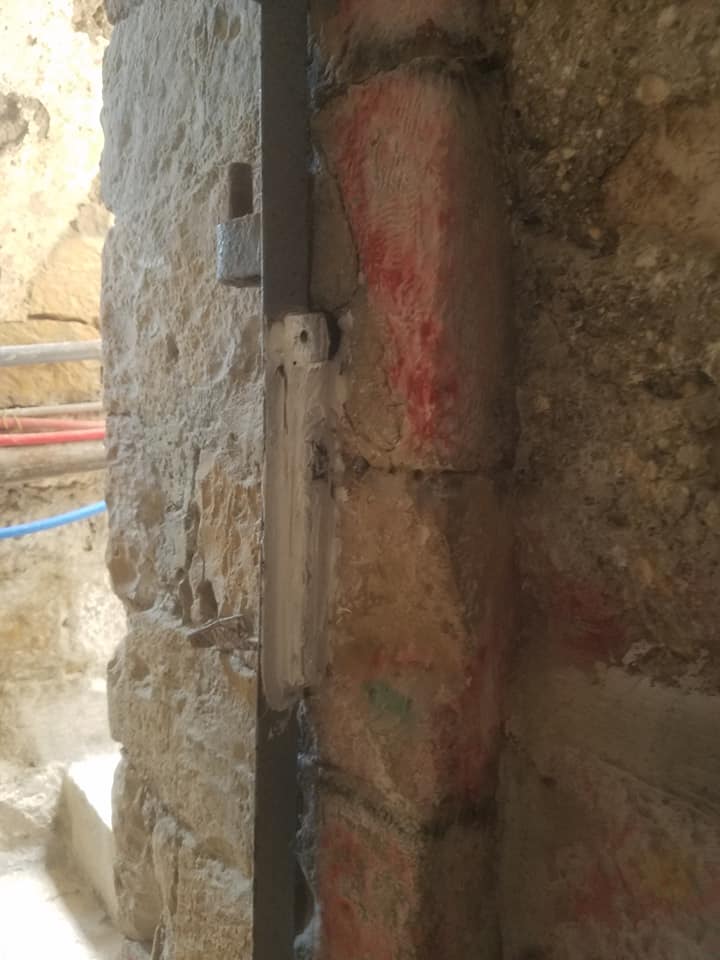 Mezuza at the property near As Saraya street. (Courtesy Ben Packer)

The house off of As Saraya is significant due to its location within a courtyard far off of the main area.  It is a massive old property once housing a number of Jews.

Today, after months of renovations, a large Jewish family has moved into the upstairs apartment, locking the property into Jewish hands.

According to sources a family of 9 just moved in and a young couple will join them in the courtyard in the next couple of weeks. One Arab family remains in the courtyard for now. They have been given time to evacuate before they will be evicted as well. One of the Jewish Families would be considered “ultra-orthodox” and the other “religious Zionist” – this mixture is very common in the area and throughout the Old City of Jerusalem.

“Seven months ago, I was blessed to be one of the first Jews to enter this Jewish-owned property in the Old City of Jerusalem for the first time since the late 1930’s,” says Rabbi Ben Packer of the Jerusalem Heritage House, who was instrumental in helping to renovate the property. “After months of extensive and logistically difficult renovations, a large Jewish family has moved in. G-d willing, another will join on the bottom floor in the next few weeks. That’s some serious success and a serious strengthening of the Jewish Presence!”

With the law stipulating that current squatters must be traceable to being property residents between 1948 and 1967, more and more properties are becoming eligible to be handed back to their original Jewish owners or the owners’ families.