People like to besmirch the religious-right in Israel by screaming about religious coercion. Well, I want to bring up two recent court cases, including one Supreme Court decision yesterday, and you tell me if we have religious/right coercion or secular/left coercion?

This is Avi Abelow for today’s Pulse of Israel. We work hard to ensure that you receive the true updates and inspirational videos about Israel and the Jewish people. To help us cover our growing costs please consider a tax-deductible donation. Just visit www.PulseofIsrael.com

Yesterday, the Israeli Supreme Court ruled that a government monetary bonus for performing artists, like play groups, singing ensembles, etc. that perform in communities in Judea & Samaria, is “unconstitutional”. Why? Because “providing financial incentives to institutions for appearing in the settlements harms the principle of equality”. Because , it is an “unconstitutional infringement on freedom of speech to link government funding of the arts to this kind of a geographic and political issue.”

Their exact language from their petition: “The petition claims that these amendments undermine the freedom of expression and freedom of conscience of creators, artists and actors, and discriminate according to political views.”

Understand, many Israeli performing artists are leftists and they disagree with Jews living in Judea & Samaria, so they boycott their own brethren when they are hired to perform in Judea & Samaria. So, the outgoing Minister of Culture & Sport, Miri Regev, developed a financial bonus for those artists who do go and perform in Judea & Samaria. The leftist artists hated this so they petitioned the Supreme Court. Understand, these artists receive government funding for these performances and they are boycotting and denying a service to tax-paying Israelis. So why did the Supreme Court rule against this monetary bonus? Because the court believes that the artists “freedom of expression” to boycott their fellow Jews trumps the right of tax-payers to receive government funded cultural programs.

While you think about that case, here is another court ruling from a few weeks ago. A lgbt college group in Beer Sheba went to a printing company to print some programming posters. The business owners are religious Jews and out of their religious beliefs they said that they can’t print those posters. So the lgbt group sued the business for discrimination. Guess what the court ruled? That the business must provide the service,because equality of service trumps the religious belief of a business owner.

To me it seems like total hypocrisy, and injustice, by the hands of our agents of “justice”.

We will change this, even though it will take some time. But step one is educating the public about what is truly going on, instead of believing the headlines that tell a different story altogether. 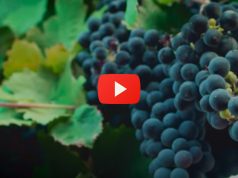 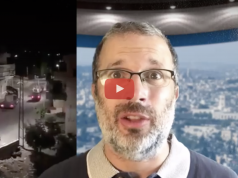 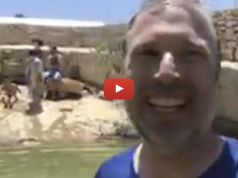 The Reason The Supreme Court Seat Must Be filled Now

Take a time machine back to 1897 Jerusalem – in color

Former press sec. shreds the Left for their lies on Feminism

Bibi’s speech to the UN changed the world’s view of the...