The Bernie Sanders campaign just released a video ad targeting Jewish voters. Watch me breakdown the video, showing how Bernie Sanders and his Jewish followers do not represent Judaism at all. They actually exemplify how progressivism is totally detached from true Jewish values, detaching these Jews from their true Jewish identity, people and homeland.

According to Bernie Sanders’ progressive Jews, Judaism is all about charity, helping the world and fighting racism & white supremacy. Those are all nice things that everyone should do, however, that is NOT what being a Jew is about. Not at all.

Bernie Sanders stands for no Jewish values and any Jew, like this, who says otherwise is a lost Jewish soul with no understanding of what it means to be a Jew.

This is Avi Abelow, for today’s Pulse of Israel. Help get this video seen by clicking on the boost button below. To help keep our videos free, please consider making a tax-deductible donation to support our video work on www.PulseofIsrael.com.

This is a sad video for me to make because it is focusing on the large percentage of US Jews who have replaced their authentic Jewish identity with their progressive values. And that’s not what it means to be a Jew. Not at all.

Yes, Bernie is human. Those are HUMAN traits that Judaism emphasizes and strengthens to adopted by all, but that is not what Judaism is about!

Again, that is about being a good person, that is NOT what being Jewish is about!

The Holocaust is one blip on the 4,000 year old historical timeline of the Jewish people!

They have to return and learn what being a Jew really means.

Being a Jew means being a part of the most inspiring story of humanity, overcoming thousands of years of persecution and exile by remaining loyal to our culture, our heritage, our G-d and our homeland. Interpreting being a Jew as anything else is just plain wrong.

As a Jew, I find this deeply offensive. The guy doesn’t give a toss about Jews, cozies up to anti-Semites, and yet just ahead of Florida primary he’s touting being 1st Jewish prez. Even then, he cant get halfway thru without bashing Israel. Absolutely disgusting. https://t.co/F4pFswOkAs 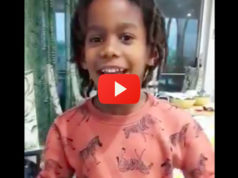