Top Posts
Bibi Responds to Dangerous Promise from Israel’s New Foreign Minister
Horrific Lynch of Jew by Neighboring Arab Muslims in Acre...
NYC Mayoral Candidate Laughs When Asked about Omar’s Anti-Israel Comments
Israel Set To Answer Iran’s Growing Drone Fleet
Tragedy in Miami Suburb: Building Collapse in Jewish Community
Violent Or Not, The Coming Clash Over Evyatar Will Be...
Why Israel is so Secretive about its Nuclear Program
What Arabs really do on the Temple Mount was caught...
From the Threat of Hitler to the Israel Philharmonic Orchestra
Israel, Ukraine, and the End of Europe As We Know...
The most miraculous miracle in history might just be the...
Israeli Arabs Barbarically Celebrate After Lynching Suspect Released
CNN mocked the Holocaust with an appalling comment on Trump...
Female Terrorists Attack Multiple Locations in One Day
Biden Admin Silent about Alleged Massive National Security Breach by...
Tag:

Watch the Ramaz High School Chamber Chorus perform for over 200 Ramaz Alumni who made aliyah and live in Israel! This performance of the High School chorus was together with alumni of Ramaz, who today live in Israel. They sang Jewish music, Hebrew music and some other songs as well. Enjoy!

The Ramaz Choral Trip to Israel is sponsored in memory of Jerome Lefkowitz z”l. Lefkowitz was a New York labor lawyer, husband, father, grandfather, and ardent supporter and lover of Israel. Lefkowitz was a true Hebraist – connected to both word and song. He loved the language so much that he chose to speak to his young children exclusively in Hebrew, teaching them hundreds of Hebrew songs, and always citing moments in Tanakh while traveling across the country with them.

The Lefkowitz children remember their father singing numerous Hebrew and Israeli songs with them. After singing, their father would then test his children on the historical context of each song – highlighting the importance of music and song as a retelling of the Jewish narrative. As the Ramaz Chamber and High School Choirs tour the holy land, they continue to sing these songs. By so doing, they recall these verses across the land of Israel. A wonderful tribute to the memory of Jerome Lefkowitz z”l and his deep appreciation for the Jewish homeland – reverberating in song. 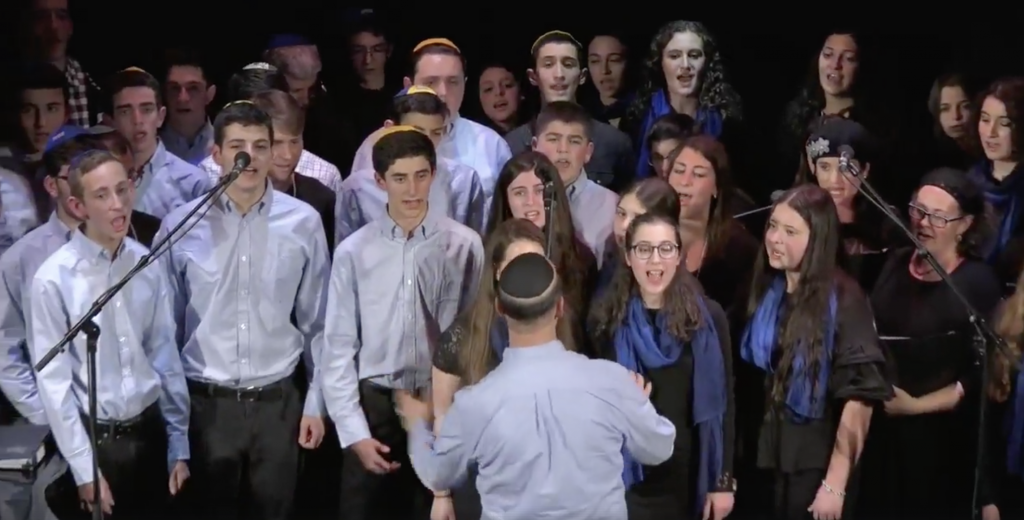 Their concert tour began with their first steps on Israeli soil. They performed a beautiful rendition of Israel’s National Anthem, Hatikvah, upon landing at Ben Gurion airport.

A few days later, the choir performed another soul-stirring HaTikvah, yet this time outside of Israel’s Parliament, the Knesset, with children of the Rachashei Lev organization, a support center for cancer-stricken children in Israel and their families.

Ramaz is a co-educational, Modern Orthodox Yeshiva Day School based on the Upper East Side of New York City. 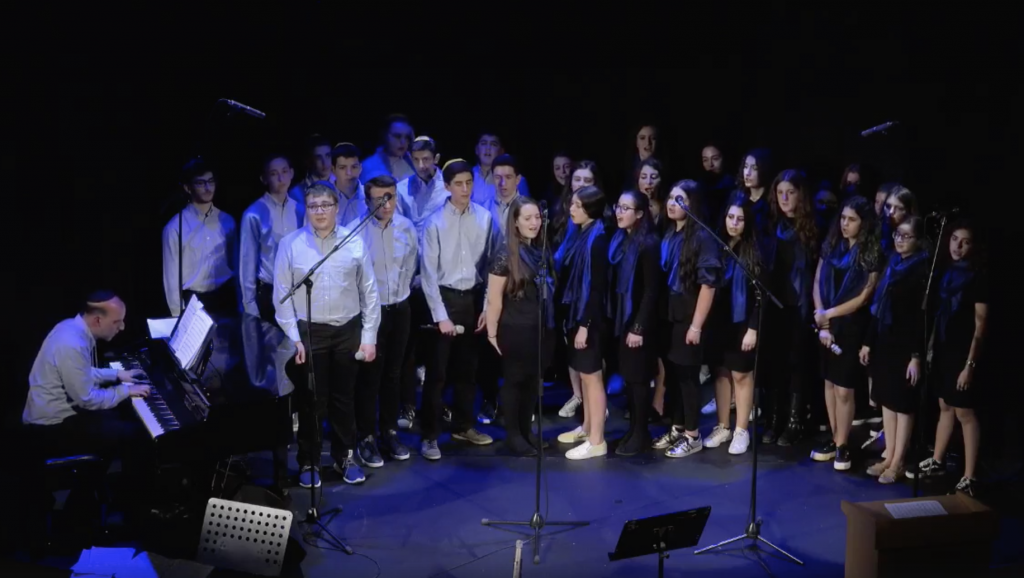 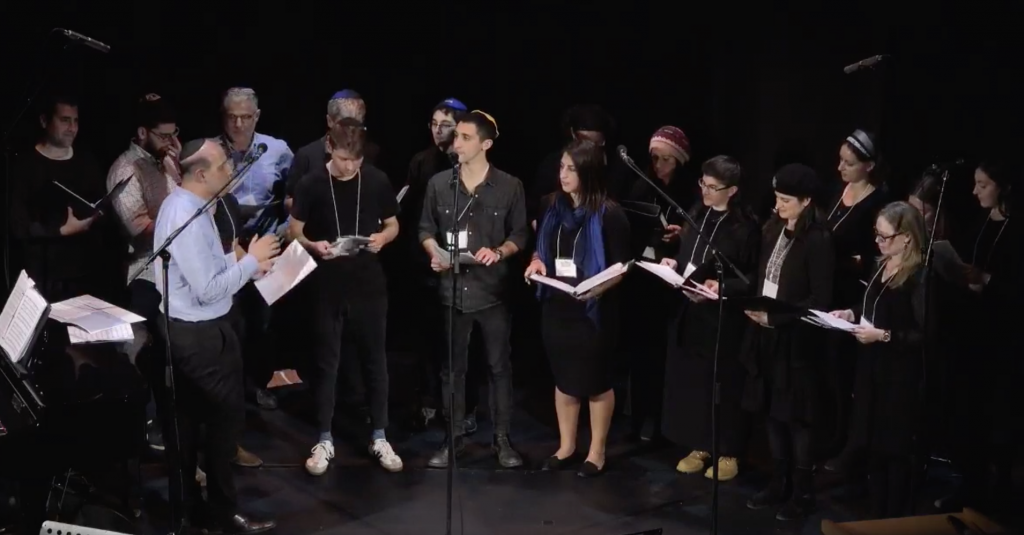 The Ramaz Alumni Singing in Jerusalem