Top Posts
Bibi Responds to Dangerous Promise from Israel’s New Foreign Minister
Israel Set To Answer Iran’s Growing Drone Fleet
Why Israel is so Secretive about its Nuclear Program
What Arabs really do on the Temple Mount was caught...
Israeli Arabs Barbarically Celebrate After Lynching Suspect Released
CNN mocked the Holocaust with an appalling comment on Trump...
The Best Response to When People Say Jews Can’t Live...
UAE and Israel Are Set To Revolutionize Global Oil Markets
Imam Makes the Case for Israel in under Two Minutes
The discoveries that prove that the Exodus from Egypt was...
A Remarkable Tour of the Hidden Jewish Heritage in Southern...
John Kerry Accused Of Sharing Israel’s Vital Security Information With...
CAROLINE GLICK: New government, new threats
Anti-Israel Protesters Yell the Truth Loud and Clear on the...
Ben Shapiro: World Leaders Laugh at President Biden at the...

Neighbors of the deceased are demanding an investigation to determine who murdered Hadas Tapuchi, as the incident has been reported as a car accident, even though stone throwing is highly suspect. This stoning terror attack is just one of many that go unreported by the media and the authorities.

Hadas Tapuhi, is a young 30 year old mother of four young kids. She was driving home down the main road near her community of Ateret in the Shomron yesterday. As she was coming around a curve where Arabs are known to throw rocks at the Jewish motorists, her car swerved and collided head-on with a truck. She was killed and pronounced dead on the spot by the medical team that arrived to treat her. Until this moment this incident is being treated and reported as a car accident even though stone throwing is highly suspect as the reason Hadas swerved her car that caused her to collide head-on with the truth. Even though reports have come in saying that the IDF soldiers who responded to the accident found signs that stones had been thrown just before the crash.

Unfortunately, Arabs throw stones at Jewish vehicles all the time. Most of the time only damage is done to the vehicle or to the windows, with light injuries to the driver or passenger. However, as this case exemplifies when they throw stones at our cars they aim to kill innocent Jews. Unfortunately, the authorities do not take stone throwings seriously enough and they continue on a daily basis. 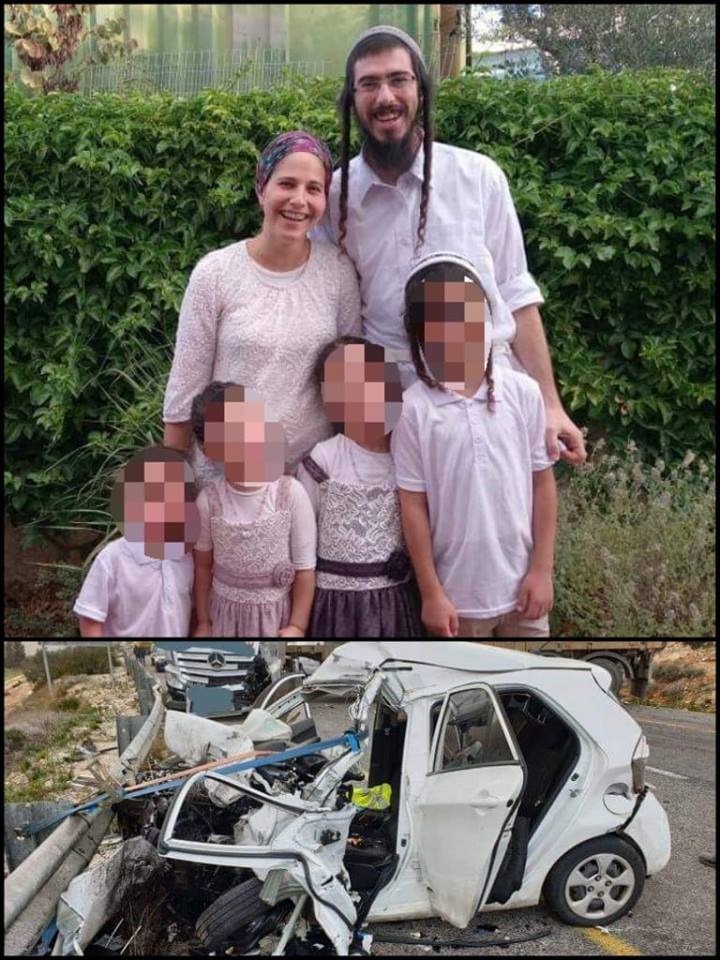 Terror attacks have never deterred us and they will never deter us. We have experienced terror from our Arab Muslim neighbors now for more than 100 years. With each year the Jewish State of Israel has grown stronger and bigger as a country. No terror will stop us from continuing to build up our homeland, including in our Biblical heartland, Judea and Samaria.

Supporting Israel From Your Own Home is Now So Easy

UAE and Israel Are Set To Revolutionize Global...

Hamas Launches Explosive Balloons At Israel, What Will...