Top Posts
The Monty Python Sketch that Predicted Leftist Insanity 40 Years...
SMOKING GUN: Fauci Was Behind The “Pandemic” After All
The Video that Palestinian Arab Leaders Want Deleted from the...
Joe Biden’s Presidency Came to a Collapse with this Incriminating...
Stunning Discovery of the Exodus Story the Muslim World Might...
WATCH: IDF Shoots Muslim Terrorist Before He Stabs Anyone
Pakistani Muslim Gunman Holds Hostages in Reform Synagogue for 10...
Here Comes Donald Trump Vs. Hillary Clinton Round 2
Amazon is Distributing Nazi Propaganda Worldwide
Microsoft’s Shocking New Feature Proves the Left has Completely Lost...
This Is How Iran Is Tying A Noose Around Israel
This Israeli Doctor has Some Critical Medical Information that is...
Bedouins Riot, Attempt to Derail Train Over Planting in Southern...
Has The Bedouin Intifada Begun?
Bedouin Violence Continues After Israeli Government Appeases Arab Terror

See Where the Prophet Isiah’s 2,700 Year Old Seal Was Found, Following his Footsteps in Ancient Jerusalem

Join me and Western Wall tunnels tour guide Yisrael Rosenberg as we follow the footsteps of the Prophet Isiah. In the following video we are walking through ancient Jerusalem, outside the Southern walls of the Temple Mount!

As we prepare for the Passover holiday, I visited the Southern Wall of the Temple Mount. Why now? Because Passover is one of the three times of year that Jews traditionally visited Jerusalem when the Temple stood.

Walking in the Footsteps of the Bible

Just recently, Israeli archeologists published an extremely rare and special find. In this exact location we are touring, they found a clay seal that has written on it “Isiah the Prophet”. While some people like to say that the Bible is not true, and just a book of stories. It is archeological findings like this seal, that prove that the Bible stories actually happened, and it is not just an ancient storybook.

Personally, it is so exciting to be walking in the footsteps of one of the Jewish prophets from the Bible! 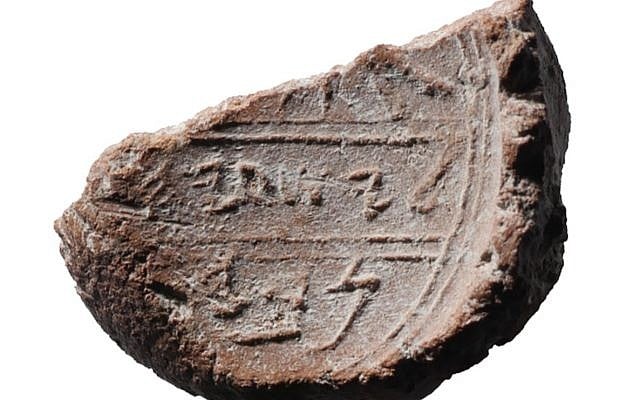 Don’t miss the video tour of this special and holy place.

PM Bennett Gives the US a Slap in...

Protesters Fight Against US PA Consulate Plan: “It...

One of the Most Rare Discoveries found in...

David Mark
SMOKING GUN: Fauci Was Behind The “Pandemic” After All