Top Posts
Bibi Responds to Dangerous Promise from Israel’s New Foreign Minister
Horrific Lynch of Jew by Neighboring Arab Muslims in Acre...
NYC Mayoral Candidate Laughs When Asked about Omar’s Anti-Israel Comments
Israel Set To Answer Iran’s Growing Drone Fleet
Tragedy in Miami Suburb: Building Collapse in Jewish Community
Violent Or Not, The Coming Clash Over Evyatar Will Be...
Why Israel is so Secretive about its Nuclear Program
What Arabs really do on the Temple Mount was caught...
From the Threat of Hitler to the Israel Philharmonic Orchestra
Israel, Ukraine, and the End of Europe As We Know...
The most miraculous miracle in history might just be the...
Israeli Arabs Barbarically Celebrate After Lynching Suspect Released
CNN mocked the Holocaust with an appalling comment on Trump...
Female Terrorists Attack Multiple Locations in One Day
Biden Admin Silent about Alleged Massive National Security Breach by...
Tag:

Trump Spoke Horribly but his Summit with Putin was a Success

World renown journalist Melanie Phillips, of the Times, helps us filter through the media hysteria and understand the real success of President Trump’s summit with Vladimir Putin. In the following video, Phillips focuses on the important words that Putin said at the meeting. It is clear to her, from Putin’s words, that Trump succeeded in getting across the right messages to Putin. Trump is not a “poodle” of Putin’s in any way at all, even though that is the message the mainstream media is pushing.

Some mainstream media have gone so far as to call President Trump’s meeting with Putin “treasonous”. All because of how he spoke, which Phillips addresses in the following video. Phillips explains that the way Trump spoke at the press conference was a big mistake, but not at all “treasonous”.

Interestingly enough, the mainstream media were against the meeting to begin with, which is also puzzling. Many US Presidents have met their Russian counterparts, even during the cold war when Russia was a clear enemy. Today, Russia and the United States are foes, economically and geo-politically, but not close to the level of animosity and potential warfare that once was.

Obama allowed Russia to occupy Crimea, go to war with Ukraine, take over Syria and overtake the USA as a powerbroker in the Middle East. President Trump has to clean up that whole mess and he can only do so by dealing directly with Putin, not by ignoring him.

Mark Levin also strikes down the media hysteria about Trump’s Putin summit. Levin does so by comparing the actions, towards Russia, of Obama as President for 8 years vs. the actions of Trump as President for less than 2 years. The conclusion is clear as daylight. President Obama endangered America in how he dealt with Russia while President Trump is standing up for American interests and protecting America. While it is clear that Obama always spoke more “Presidential” than Trump, it is their actions that are important, not their words.

Obama’s actions were devastating for America, as mentioned above, and the media was silent. President Trump is now trying to help fix the problems Obama created, and trying to protect American interests, yet he is being attacked by the media and being called a “traitor”.

As does Dick Morris

Ruth Isaac, of the European Coalition for Israel, has a unique perspective as an expert on Israel/European affairs. She adds some more important information to understanding the success of the summit on her facebook page

Don’t trust the mainstream media’s reporting when it comes to President Trump. No, the man is not the Messiah, and not everything he does is good. BUT, the media’s mass negative hysteria about him and his actions are totally off. The President can be criticized and should be criticized when necessary, as Melanie Phillips has done. Yet, a proper analysis is still necessary for his actions. Melanie Phillips provides that, as does Mark Levin, but unfortunately, the majority of mainstream media does not. 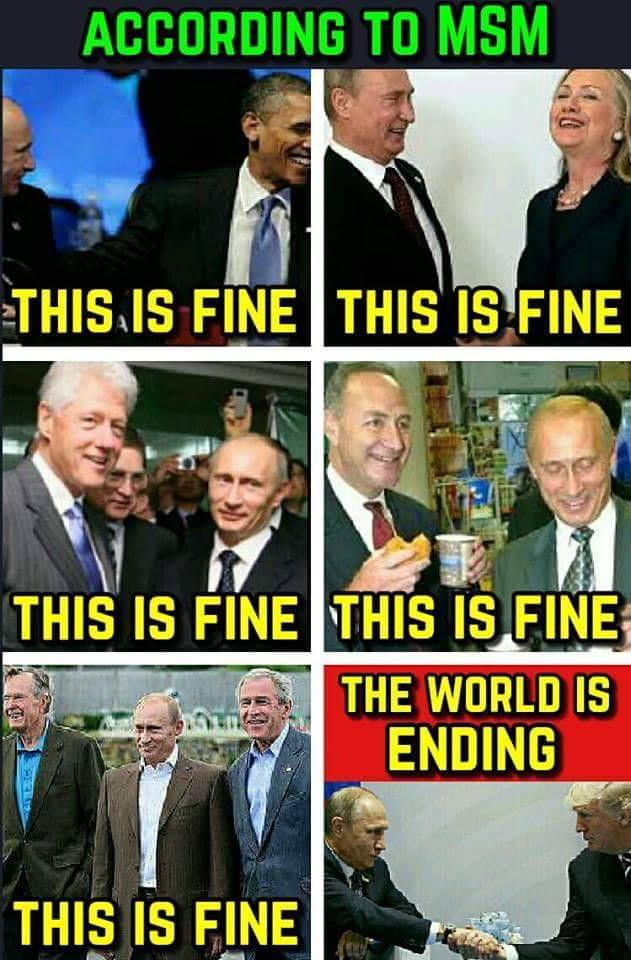